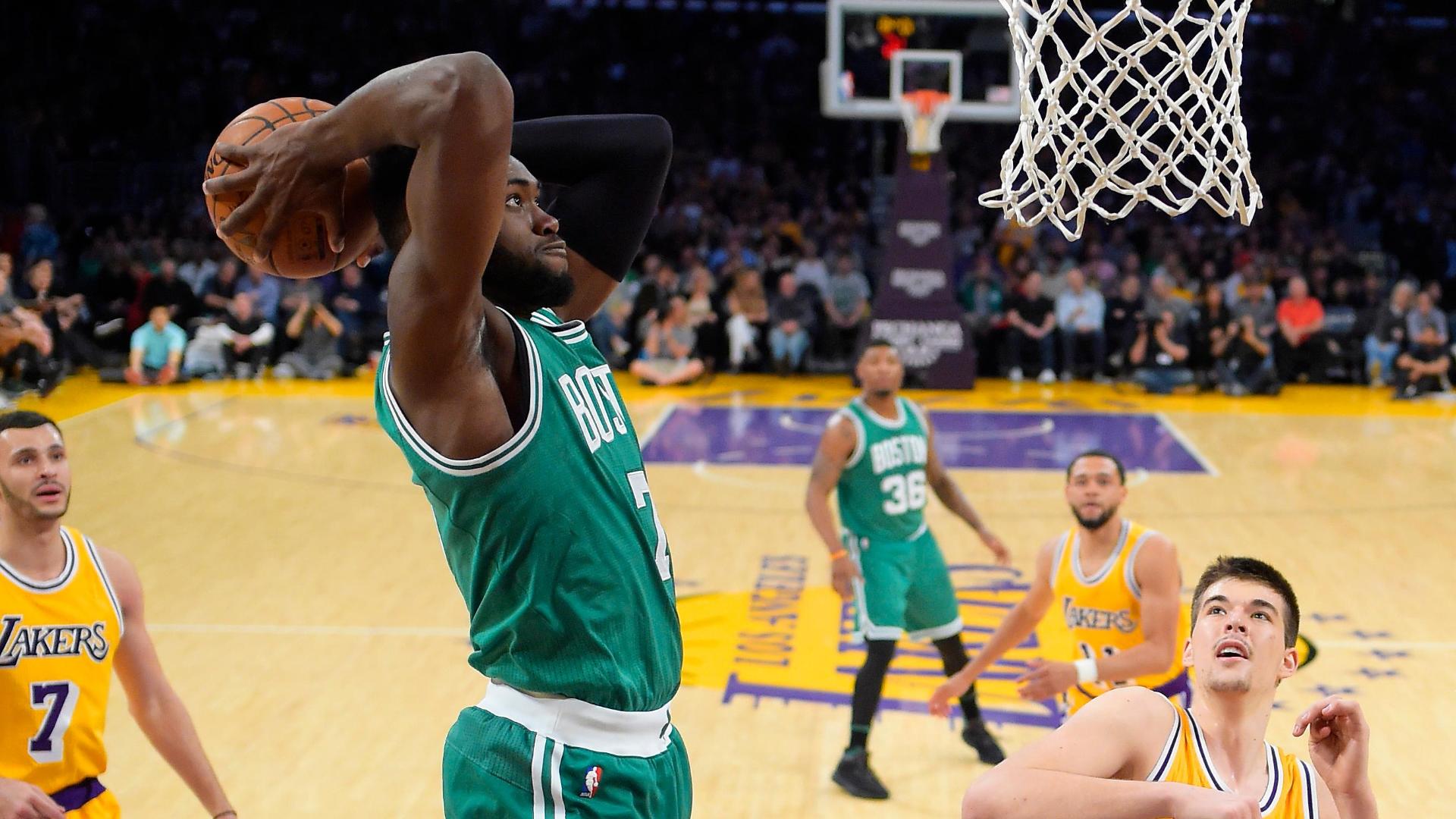 When the Celtics drafted Jaylen Brown third overall last June, they were met with mixed reviews from fans.  There are always those assholes who are convinced that they knew exactly who the team should have drafted based on what they’ve seen watching games and YouTube videos from their couch.

Those same people also believe that they can accurately predict the future.  Sometimes you wonder if guys like 20 year-old Jaylen should even bother playing out their career because so many fans seem to already know exactly where he’ll be in five years.

Well I’m here to say, shame on anyone who wrote off Jaylen Brown as a bad pick before he even got the chance to prove himself.  Because if you’ve been watching, you know this kid is a stud.

Jaylen’s rookie season has seen some ups and downs.  Again, he’s 20 years old, so that’s normal.  But the ups have been enough to prove that we have a future superstar on our hands once he can find some consistency.

Lately, that consistency has been coming to fruition.  In his last 10 games, Jay-B is averaging 17.4 points and 7.7 rebounds per 40 minutes.  And for those of you who said he couldn’t shoot, how does 56% from two and 40.9% from three sound during that span?

In the Celtics’ dominant win over the Lakers in LA on Friday night, Brown had his best game yet as a pro.  He finished with 16 points and 8 rebounds and gave us a nice little highlight film to enjoy, featuring an alley-oop off the backboard from Isaiah Thomas as well as an amazing and-one off an alley-oop from Avery Bradley where he was able to switch hands and finish in mid-air.  Here are the rook’s best plays from Friday:

In a league where finding a star small forward is just as important as it is difficult, the Celtics have struck gold with Jaylen Brown.  Right now, everything we’re seeing from him is just a sneak peek of what we’ll get once he’s fully developed.  But considering how rapidly he’s progressing and that he prides himself on emulating Kobe Bryant’s work ethic, I believe he’ll be a force in this league for years to come.  At this point, I don’t think it’s a stretch to call him a future superstar.