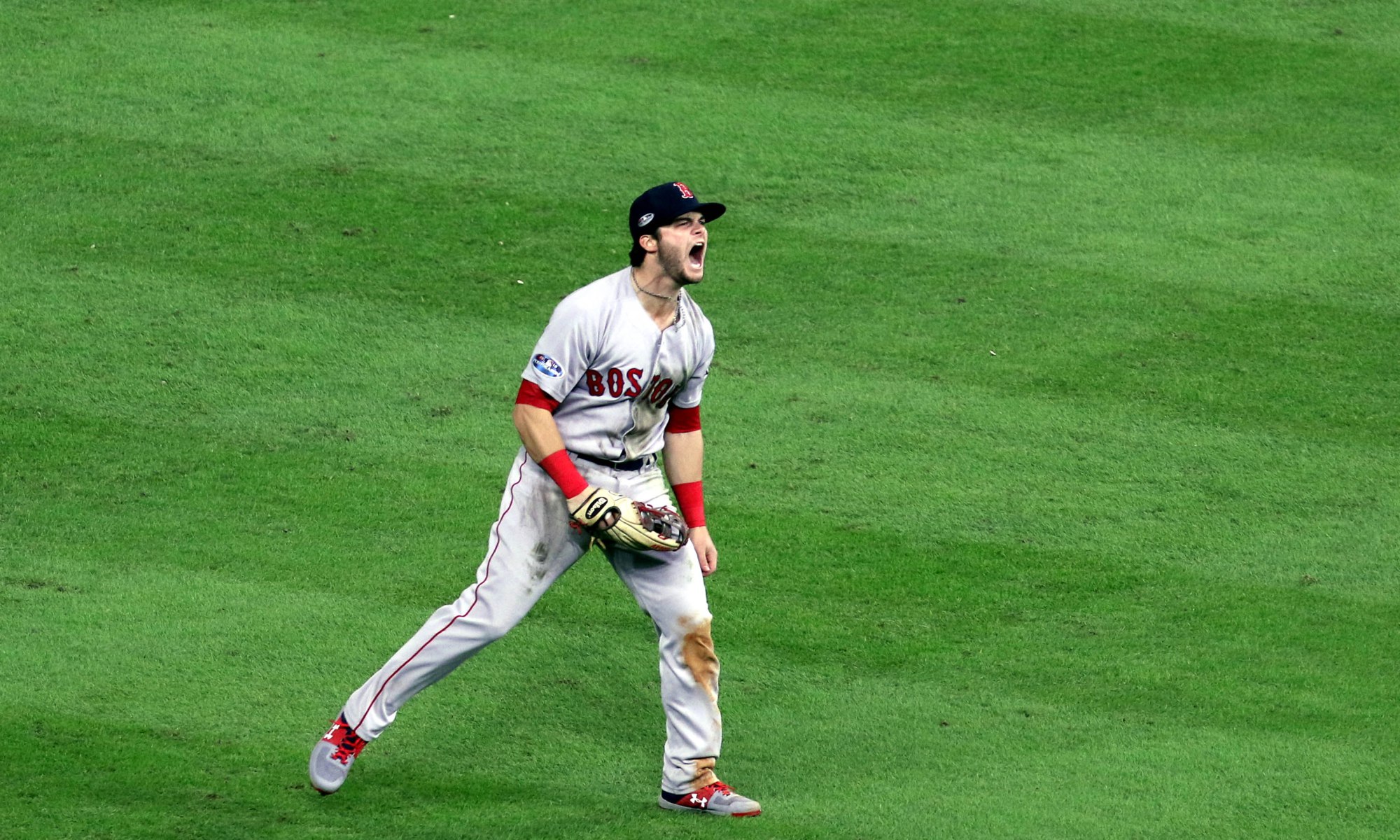 Four hours and 34 minutes.  That’s how long it took to decide Game 4 of the American League Championship Series.  The Bruins started a game in Calgary at 9:45 pm and it was over an hour before this one finished.

The game didn’t go to extra innings, it was just really fucking long.  And no, this isn’t a rant about baseball’s need to improve pace of play because it was worth every second.

It was 1:14 am when Andrew Benintendi made one of the greatest game-winning catches of all-time to preserve the 8-6 win after another “bend but don’t break” ninth inning from Craig Kimbrel.  Not pretty, but it was a postseason road win and those aren’t easy to come by.  Unless of course you’re the 2018 Red Sox and you’ve won your first four away games of the playoffs dating back to the 16-1 thrashing at Yankee Stadium in Game 3 of the ALDS.

The Sox got out to a 3-1 lead by the third inning on Wednesday night.  In the first, some Astros fans robbed Mookie Betts of an opportunity to rob Jose Altuve so the umps did the right thing in calling Altuve out.

Rick Porcello gave up two more runs in the bottom of the third and another in the fourth.  He left with the Sox trailing 4-3 after just four innings of work.

Then Xander Bogaerts tied things up in the top of the fifth:

Carlos Correa’s second RBI hit of the game came off Joe Kelly in the bottom of the fifth and put Houston ahead 5-4, setting the stage for Jackie Bradley Jr. to take the lead right back with his eighth and ninth RBI’s in the last three games.  If Boston takes this series like they should, this man is the undisputed MVP:

The Sox got to Lance McCullers Jr. in the seventh and eighth to tack on a couple insurance runs and make it 8-5, but it’s not a Red Sox win unless Craig Kimbrel gives you a heart attack before closing it out.  Kimbrel allowed a run in the eighth to make it 8-6 after hitting a batter a giving up a double, but the damage would have been worse if Mookie Betts didn’t start the inning by gunning down Tony Kemp with this absolute missile:

Things got a little dicey again in the bottom of the ninth.  Kimbrel retired the first batter he faced, walked the next two, got Brian McCann to fly out, and then walked Kemp to load the bases.

The Boston Red Sox are one win away from their fourth World Series appearance in the last 14 years.  There’s nothing negative that you can say about this team anymore.  You could point to Kimbrel but they’re still winning games against what was thought to be the best team in baseball, so you’ll just come off as a miserable prick.  They’ll have an opportunity to close it out against Verlander in Houston on Thursday night.  First pitch at 8:09.