JD Martinez hit his 21st home run of the 2018 season on Saturday afternoon.  His two-run dinger in the bottom of the fifth was ultimately the game-winning hit in Boston’s 4-2 win over the White Sox at Fenway:

JD Martinez is an opposite field hitting god pic.twitter.com/C1pCOeHxNT

JD leads the Majors in homers.  Through almost two and a half months, he’s been worth every penny of his $110 million contract.  He’s also hitting .314 and has driven in 52 runs.  Just for reference, Giancarlo Stanton is batting .251 with 15 homers and 34 RBI’s.

What’s most impressive about Martinez’s incredible start to the year is his ability to spray the ball all over the park.  Of his 21, he’s hit 11 homers to the opposite field.  Seven to left and three to center.  Here’s the spray chart: 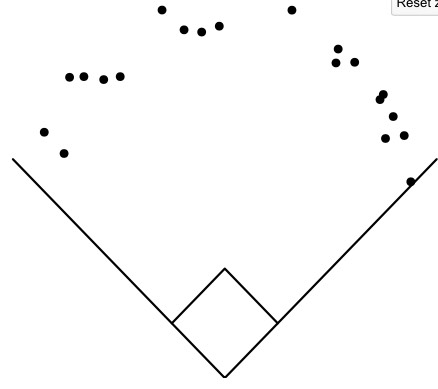 For baseball’s home run leader to be going oppo that often is unheard of.  Hitting for power while also being patient and not trying to crush the ball is almost inhumane.  Especially when you still crush it anyway.