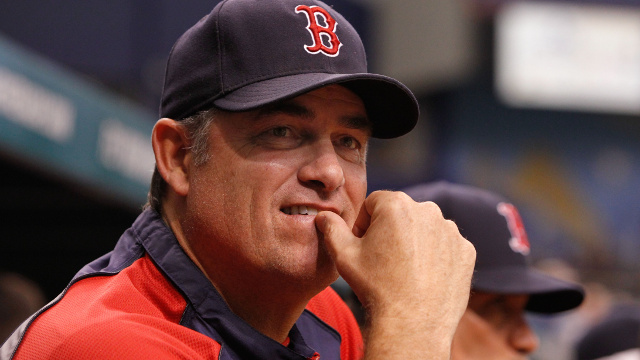 John Farrell is underrated as a Major League Baseball manager.

Don’t believe me? Fine. Go ahead and ask fans of any other Major League team and you might be surprised.

Managing in the Major League is a grind. Managing the Boston Red Sox has to be one of the toughest, most analyzed, second guessed jobs in all of sports.

Let’s go through the last 30 years of Red Sox managers.

Joe Morgan (1988-1991) – Great story. “Walpole Joe” never finished lower than 3rd in the AL East but his teams were never equipped to take on the Tony LaRussa led Oakland A’s.

Jimy Williams (1997-2001) – Led the Red Sox to consecutive 90 win seasons, but postseason losses to Cleveland and New York coupled with public battles with GM Dan Duquette were too much to overcome.

Joe Kerrigan (2001) – Doomed with a public confrontation with Pedro Martinez and the end of the “colorful” Carl Everett era.

Grady Little (2002-2003) The fall guy for the 2003 ALCS. His decision to keep Pedro Martinez on the mound in Yankee Stadium was the right one, but the result made him the easy scapegoat.

John Farrell (2013-current) Farrell, like Francona (pre-2011), and Grady Little before him, has shown the ability to have full support of his players. A major league baseball schedule requires managers to make decisions on a regular basis to put their players in the best position to succeed. Not for one batter, not for one game, but for an entire season.

Managers that are able to find ways to use their players, trust their players and maintain order within the clubhouse can go a long way.

Farrell is about to lead the Red Sox into the playoffs, and despite the hand wringing of the #FireFarrell crowd on Twitter and bleating of Boston Sports Talk Radio, he would be welcome in almost any dugout in Major League Baseball.

Just ask any fanbase of the 20 Major League teams out of the playoff this year.