Through his first couple seasons in the league Kelly Olynyk has received a fair amount of criticism.  While some of it may be warranted, I’ve always thought that questions of his toughness were undeserved.  Before anyone calls him “soft” again they should take a look at what he did in the Celtics 100-87 win over the Pacers last night. 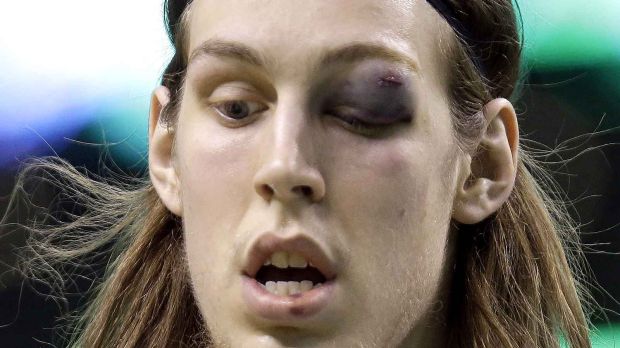 During pregame warm ups, Olynyk took a vicious elbow from Shavlik Randolph.  He needed four stitches before the game started but still managed to play 22 minutes and tie Tyler Zeller with a team-high 19 points.

Kelly shot 7-10 from the field and 3-4 from three despite basically playing with one eye so next time you question his toughness you should consider that there is a 0% chance LeBron would even play if one of his eyes was the size of a golf ball.  In fact, I’d be willing to bet that a majority of the players in the NBA wouldn’t have played if they were in KO’s position last night.

Also, in case people haven’t taken notice of Olynyk’s improvements defensively, he was part of a Celtics’ low-post defense that held Roy Hibbert, David West, and Ian Mahinmi to a combined 8-24 from the field last night.

When asked about his motivation to play despite the injury, Olynyk credited his friend and fellow Canadian, Boston Bruin Dougie Hamilton.

“I remember two days ago I was texting Dougie Hamilton and he told me he broke his ribs and he’s trying to come back before the playoffs,” Olynyk said. “I was like, ‘Man I can’t sit out, he’s gonna rip me’ . . . all those hockey guys would have killed me so I had to do it.” 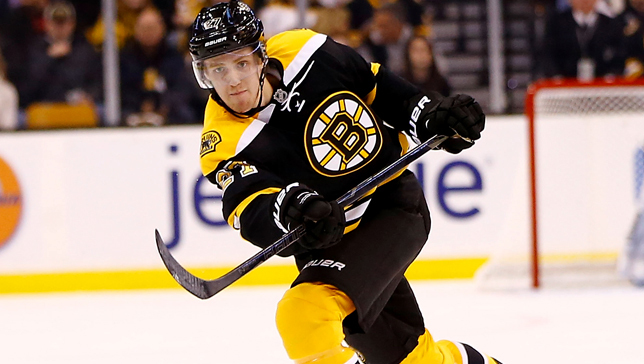 The funniest part about this statement from Kelly is that Dougie Hamilton’s injury was undisclosed until that point.  For one reason or another the B’s were keeping it under wraps but unfortunately KO didn’t realize this and spilled the beans.

Olynyk had been struggling since coming back from his ankle injury but he’s really picked it up lately, averaging 14.6 ppg over the last three games.  The biggest difference has been his confidence.  He appears to be breaking his habit of passing up open jump shots and driving into traffic, which usually results in a strip or block.  As long as he continues to improve, I think Kelly has the tools to be an all-star in this league a few years down the road.

Here are the highlights from his gutsy performance: