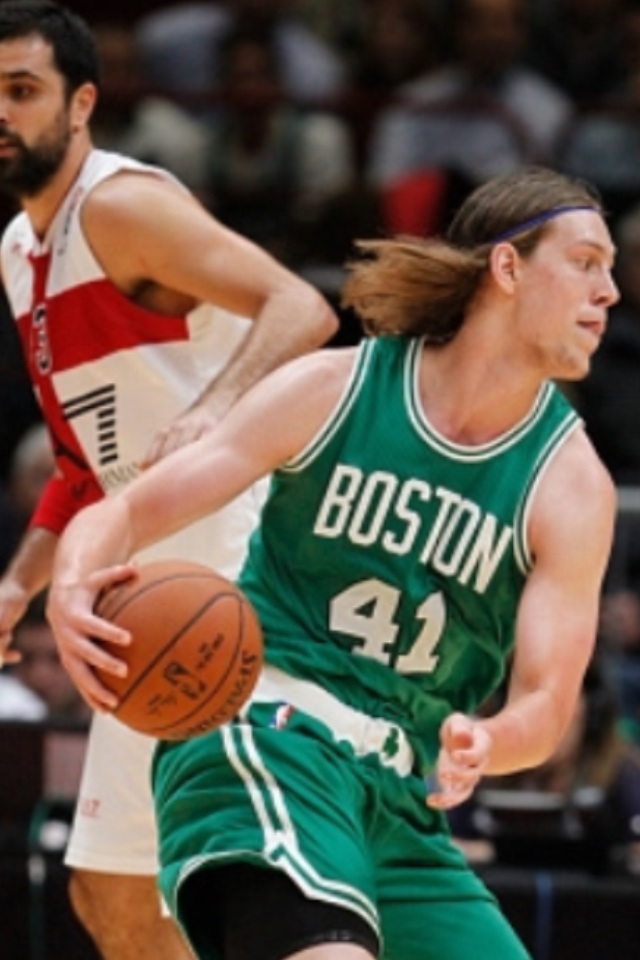 The Celtics opened the preseason in Milan, Italy today with a well-balanced attack against Olimpia Milano that resulted in an easy 124-91 win.  Olimpia Milano isn’t exactly NBA competition but the Celtics looked solid nonetheless.  Five players finished in double figures and three had nine points.  Newly acquired veteran big men David Lee and Amir Johnson showed their value right off the bat and gave the Celtics a certain toughness in the paint that they were lacking last season.  Lee was the standout player for Boston with 13 points, 7 rebounds, 3 assists, and 2 steals in 21 minutes.  Johnson brought energy off the bench and contributed 6 points, 5 rebounds, 3 assists, and a steal in his 15 minutes.

Rookies Terry Rozier, R.J. Hunter, and Jordan Mickey all looked relatively comfortable playing within the flow of Brad Stevens’ offense.  Rozier finished with 9 points and 4 rebounds in 17 minutes.  R.J. Hunter showed that he’s much more than just a shooter as he only scored 3 points but contributed in other ways with 3 assists, 2 rebounds, and 2 steals in his 16 minutes.  Jordan Mickey only played 6 minutes but was able to drop 7 points and grab 3 boards in his short stint off the bench.

Other notable performances for the C’s included:

Kelly Olynyk didn’t exactly have an eye-popping stat line but he did a little bit of everything.  The tall, lanky, surprisingly coordinated big man finished with 5 points, 4 rebounds, 2 assists, and 1 steal and reminded everyone that he’s a point guard trapped in a center’s body.  First, midway through the first quarter, he proved why he has the greatest handles of any 7 footer in NBA history with this ridiculous crossover that allowed him to get to the bucket and draw a foul.

If someone can show me a more nimble move from someone of his size then I would love to see it.  Next, he displayed some great passing with a lob to Amir Johnson on this perfectly executed “after timeout” play drawn up by Brad Stevens.

I’ve always said Kelly should toughen up and learn to bang around in the paint a little more but with the additions of Lee and Johnson to fill that void I think I’ll just keep my mouth shut and enjoy his unique, hybrid style of play.