As we get started in the month of August, the Red Sox are stuck in a pattern of mediocrity. They have not won a series since July 20th in a two game series against the Giants. You would expect the Red Sox to be able to take care of four game series against the Twins and Angels but that was not the case. They were lucky to even win two of the four games in both of those series. Add in getting swept by the Tigers and luckily splitting the four game series with the Mariners and it has been a rough past couple of weeks. The Red Sox currently only hold a half game on the Detroit Tigers for that second wild card spot. These next couple of weeks will be crucial.

If there is one plus about the Red Sox entering August, it has to be the strength of schedule. It should help facing struggling teams like the Yankees, Diamondbacks, Royals, and then seven games against the Rays. But if there is one thing I know after watching the Twins series is, it will never be an easy series with this Sox team. Lets look at some key factors heading into this postseason push if we want to send Big Papi off the right way. 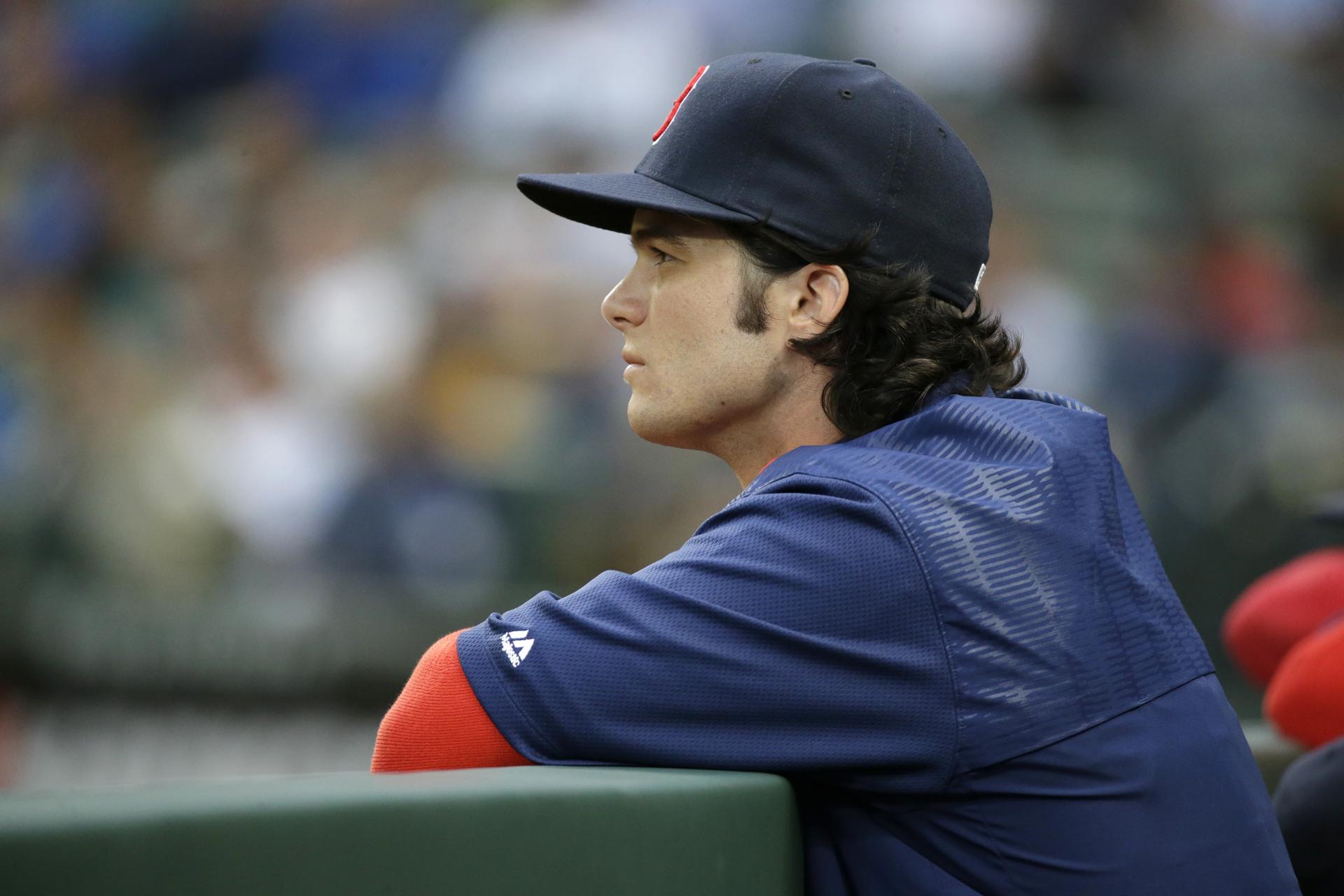 Is the Kid Forreal?

I think this a question we all want to be answered with a big fat yes. Andrew Benintendi, who the Red Sox used with their first round pick in 2015, is here to steal some hearts and some playing time. That hair says big league ready, but is he? He is only five ABs into his professional career and so far does not look like he is too overwhelmed. If Benintendi does in fact live up to his hype, the Red Sox playoff hopes will surely improve. Along with being a heartthrob, lets hope the kid can fit in nicely to that Betts and Bradley outfield and succeed. Hope he can hit the outfield dance pretty well, and not look like Rusney Castillo doing it. 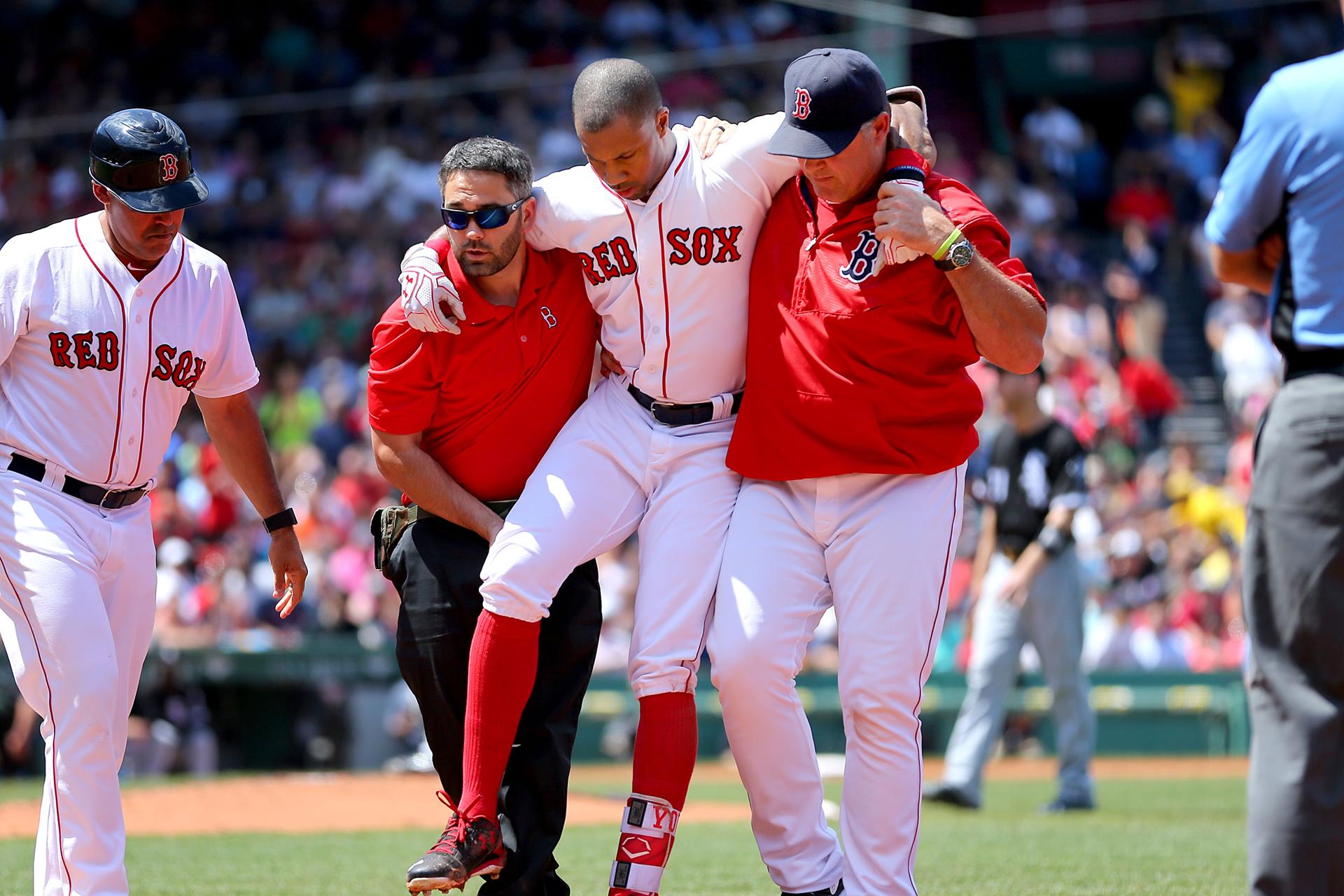 The Red Sox have been fairly lucky with injuries not hampering the main core of guys this year. It is no doubt they were missing guys like Kimbrel and Tazawa while they were out, but it was nothing season ending. The Red Sox bench has been the most effected by this. Chris Young, Blake Swihart, and Josh Rutledge have all been out for over two months while Koji Uehara is slated to miss the rest of the season. The depth has been tested this year, and the guys coming in off those trades should really help. An injury to a mainstay in the starting linuep could really derail the playoffs hopes.

Help from the new guys

It was pretty sad to see Anderson Espinoza leave the Red Sox system, but he was not going to help the 2016 Red Sox make it to the playoffs. Drew Pomeranz was a much NEEDED starter for the rotation. He had a very bad first outing, but do not label this trade a bust anytime soon. Pomeranz not only gives the Red Sox another all star starter, it keeps Clay Buchholz out of the rotation. That’s a huge win in my book. Before too long, I am sure people will start coming around on Pomeranz. Along with Pomeranz, additional trades added Brad Ziegler, Fernando Abad, and Aaron Hill. Ziegler has been huge out of the pen replacing Koji. Aaron Hill has also played very solid at third base facing left handing pitching. These moves are not flashy and were not meant to be, but these pieces will be key to make this team much better.

Here is to a good month of August for the Sox. This will be the first full month with the new players from the trades and also for Andrew Benintendi. When September rolls around, it should be interesting to see if yet another top prospect gets that call up. If that happens, the Yoan Moncada era will finally begin.

Also, check out the new Podcast we just started up. Follow my co-host on Twitter @the_nick_galle and catch the latest episode this Sunday!