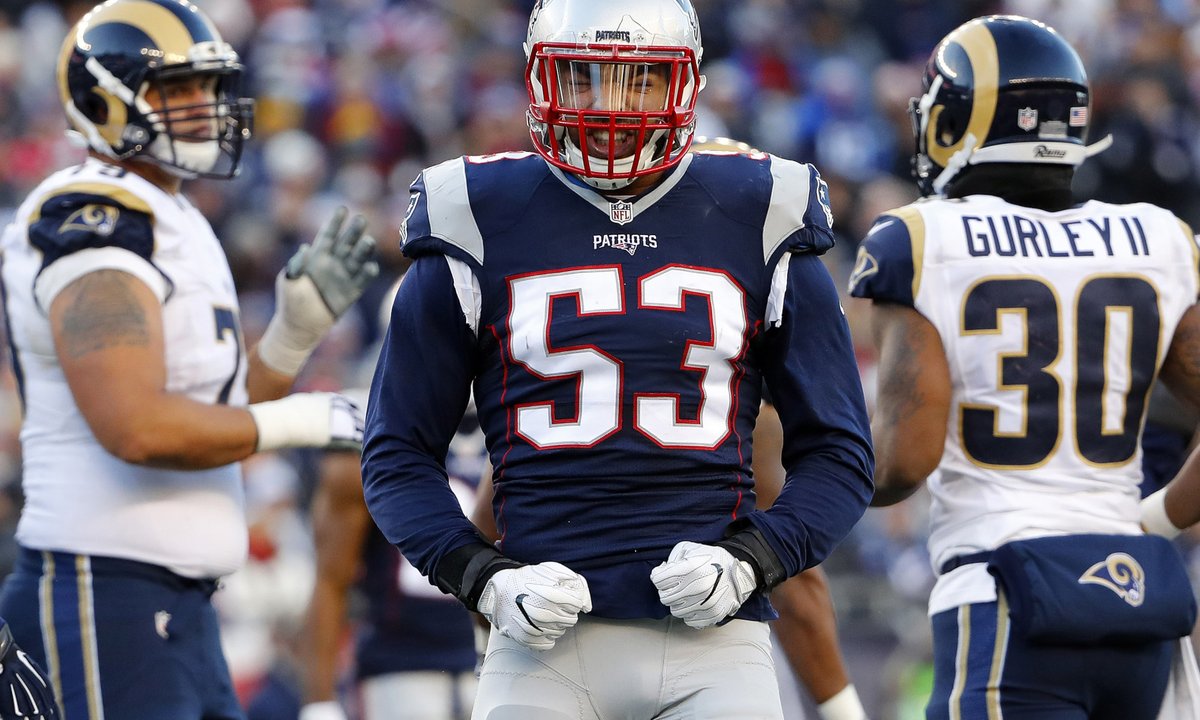 One week before Jamie Collins was dealt to the Cleveland Browns, the Patriots acquired linebacker Kyle Van Noy in a trade with the Detroit Lions.

Van Noy was drafted by the Lions in 2014, and he wasn’t exactly a show-stopper during his two-and-a-half years in Detroit.  Over that time, he played in 30 games and recorded 35 tackles and just one sack.

Since joining New England, the 25 year-old has seen an increase in snaps and he’s responded by being one of the best players on the Pats’ defense for the last three weeks in a row.  His performances have included a sack as well as his first career interception in last week’s win over the Rams.

Van Noy took a subtle jab at the Lions when crediting his recent success to the Patriots’ belief in his abilities and willingness to give him a chance, saying he’s having a lot more fun with his new team:

“Wouldn’t you have fun if you didn’t play that much and then you start playing? Yeah, it’s good,” Van Noy said. “It’s fun to play the game of football. It’s a kids’ game at the end of the day and, you know, we’re blessed to have the opportunity to get paid a lot of money to do it. You’ve got to have fun, even on the days when it’s a grind and all that. You’ve got to dig deep and find a reason and usually it’s being around a group of guys like we have here to enjoy the game.”

In his three weeks since joining the Pats, Van Noy has seen a steady increase in snaps each week.  Given the praise that Bill Belichick gave him on Wednesday, don’t be surprised if that trend continues:

In other words, Van Noy is willing to learn and work with the coaching staff.  This is something that they apparently didn’t get with Jamie Collins, so you can clearly see the type of personalities that Bill likes to have around the locker room based on the recent changes.  Luckily, Van Noy’s production so far has matched his strong work ethic and positive attitude.