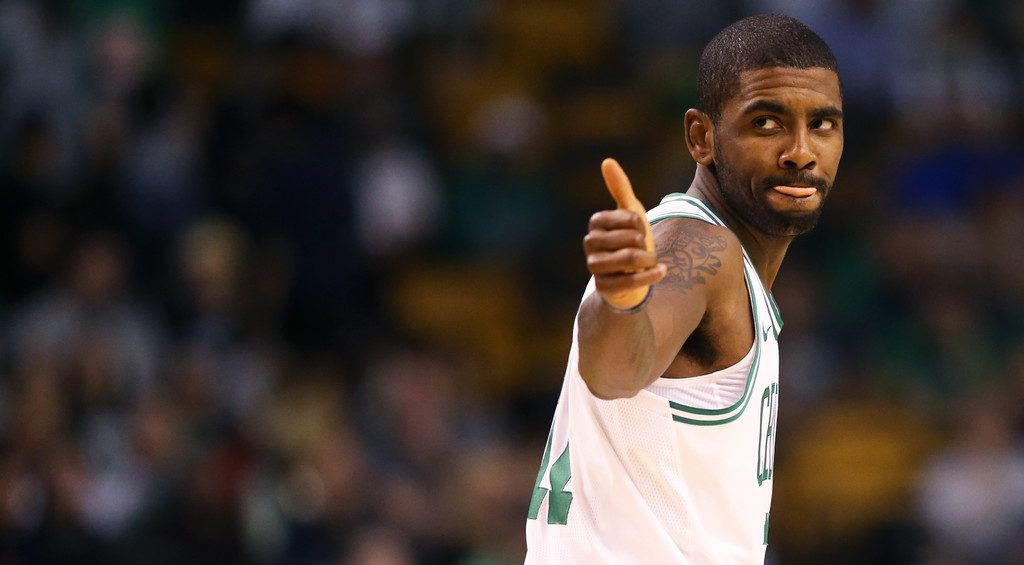 Kyrie Irving didn’t exactly have a smooth departure from the Cleveland Cavaliers this past summer.  After requesting a trade because he didn’t think LeBron was ready to hand over the keys, Kyrie has taken some subtle (and not-so-subtle) shots at the team that he helped lead to a championship in 2016.

Last week, he managed to ruffle the feathers of Cleveland fans with this comment:

Like Boston, Cleveland is a city that prides themselves on their dedication to their sports teams, so it’s no surprise that people were offended.

On Tuesday, Kyrie faced the media again and was given a chance to explain what he meant and maybe apologize if he wanted to.  He didn’t:

As Boston fans, we love this.  Praise our city, hate the opponent, and play your ass off.  Those are the tools to becoming a fan favorite around here, and Kyrie is well on his way before even making his regular season debut.

As for his relationship with the Cleveland fans, he clearly doesn’t care.  We’ll see how they feel about him when he’s introduced at Quicken Loans Arena on Tuesday night ahead of the season opener.