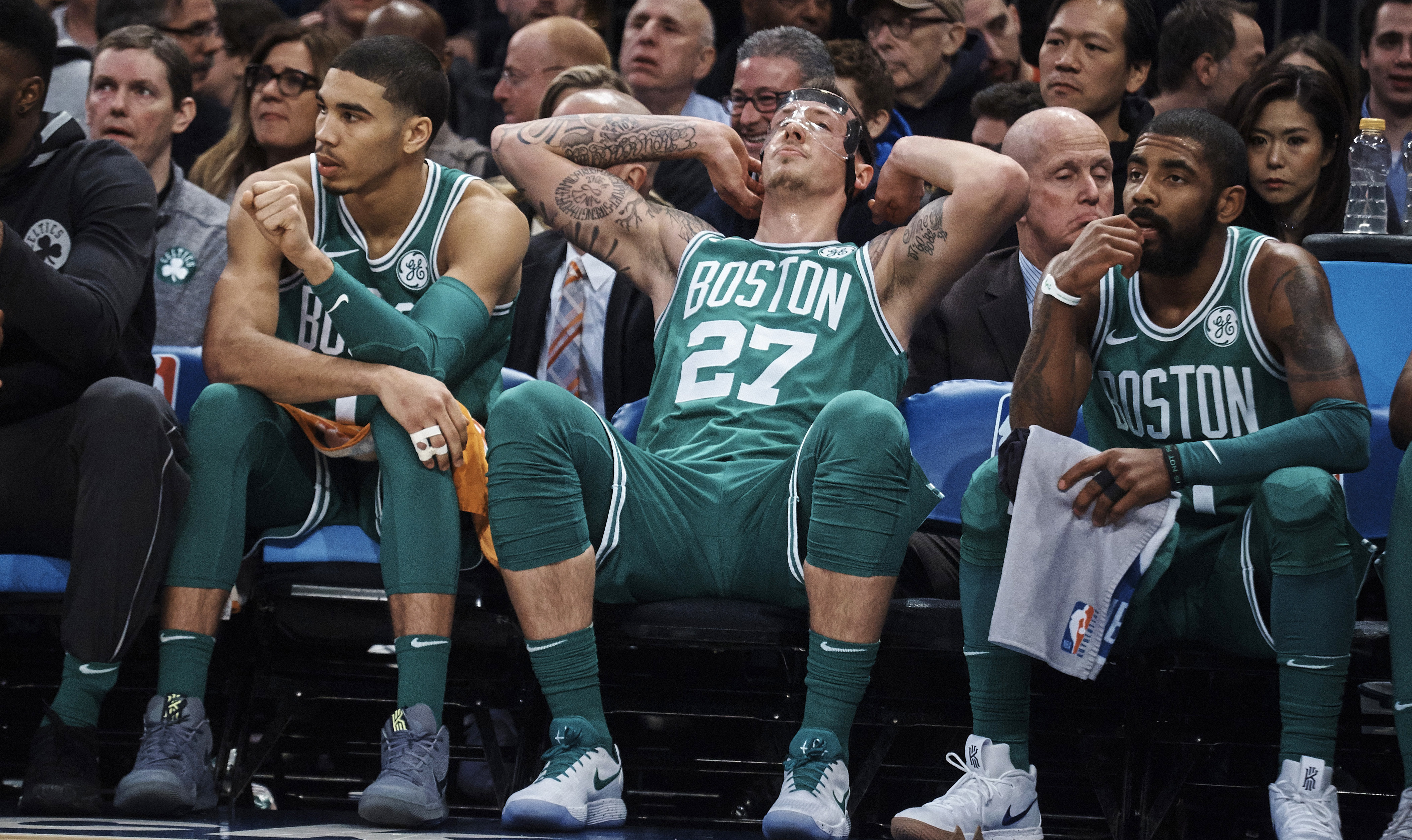 After starting the season 22-4, the Celtics are now 4-5 over their last nine games.

It began with a hard-fought, respectable three-point loss against the Spurs in San Antonio two weeks ago.  The four losses since then have been what you would call “bad losses”, where the C’s were completely outplayed by inferior opponents.  The Bulls are the worst team in the NBA, the Jazz were led by Ricky Rubio (22 points) and Jonas Jerebko (17 points), the Heat were led by Kelly Olynyk (career-high 32 points), and Michael Beasley dropped 32 in Thursday’s 102-93 loss to the Knicks at Madison Square Garden.

Injuries are an issue right now, there’s no denying that.  Marcus Morris is still out with knee soreness and has only managed to play 16 games through the first two plus months of the season.  Jaylen Brown was also out of the lineup on Thursday with a sore achilles.

Two relatively important players, but no excuse for the inconsistency on defense that we’ve seen over the last couple weeks.  Despite Kyrie’s spectacular offensive numbers, defense and rebounding were the key components of the Celtics’ success during their 16-game winning streak that ended a month ago in Miami.

In their first 26 games of the year, the C’s allowed 100-plus points just 10 times.  They’ve now allowed teams to hit the century mark in six of their last nine games.  Boston ranks 22nd in defensive rating and 30th in rebound percentage during this 4-5 stretch.

The Celtics have dropped two in a row for the first time since they started the season 0-2 while trying to regroup after the Gordon Hayward injury.  It would be three if it weren’t for the Pacers’ collapse and Terry Rozier’s miracle steal on Monday in Indiana.

Saturday presents a must-win rematch against the Bulls at the Garden.  Perfect opportunity to get things moving in the right direction again before the big match-up with the Wizards on Christmas.