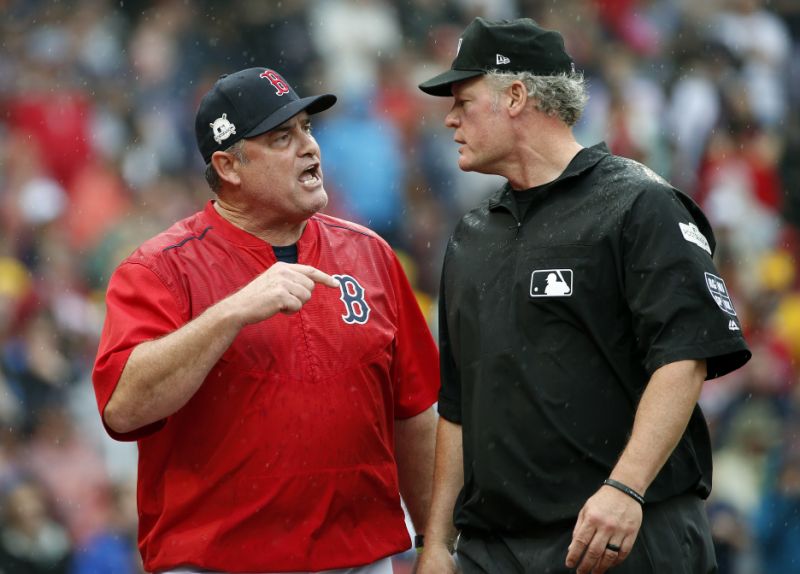 Two days after their season ended in a Game 4 ALDS loss to the Astros at Fenway, Dave Dombrowksi announced Wednesday that John Farrell would no longer be the Red Sox’ manager.

The change isn’t much of a surprise considering the recent postseason struggles.  My only hope is that Farrell is remembered mostly for his successes in Boston, which far outweighed his failures.

Coming off the disastrous Bobby Valentine year in 2012, the Sox were in desperate need of a change in leadership.

They went with Blue Jays’ manager and former Red Sox’ pitching coach John Farrell, and the reward was greater than anyone could have anticipated.  After finishing in last place the year prior, the 2013 Red Sox maintained the best record in baseball all season long on their way to a third World Series championship in nine years.

On September 28th of that season, David Ortiz hit a home run against the Orioles in Baltimore to join Ted Williams as the only player in franchise history to post 30 home runs and 100 RBI’s seven times.

At this point the Sox had their sights set on the postseason, and after the game Papi was asked what had sparked the turnaround after a miserable 2012:

“Things happen for a reason,” Ortiz said. “We have a great medical staff, and we have a manager who’s been unbelievable. Everything that is happening is based on what John (Farrell) has done with all of us. He’s the No. 1 reason why everything has changed around here.”

That’s strong praise from the most important player in Red Sox’ history, so try to remember those words and that 2013 season next time you say John Farrell isn’t a good manager.

2014 and 2015 were bad, no question about it.  But in 2016 they won the AL East, marking the second time in Farrell’s tenure that they were able to go from last place to first in the course of a year.  Then they did it again this year, winning back-to-back AL East titles for the first time in franchise history.

Did Farrell’s last couple Red Sox teams fare well in the postseason?  Absolutely not, and that’s not his fault.  It’s not John Farrell’s fault that every starting pitcher he rolled out in the playoffs got lit up, no matter how dominant they were in the regular season.

Unfortunately when a team wins the division two years in a row and manages to win just one playoff game over those two years, a change in leadership is inevitably necessary.  John Farrell is a good manager, but he didn’t have the same grasp on this team that he had on the 2013 team.  Much like Terry Francona in 2011, his time was up.