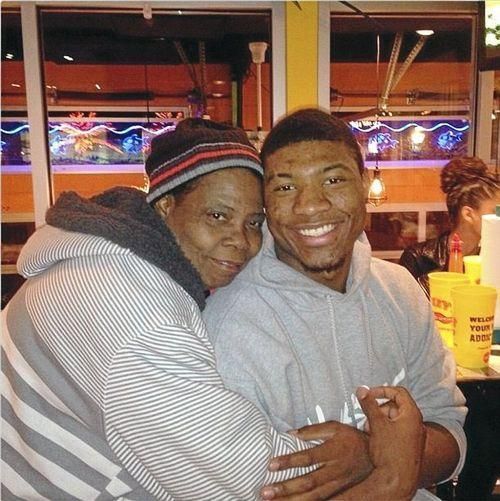 I had the pleasure of meeting Marcus Smart two and a half years ago when we just happened to be at Margarita’s on Moody Street in Waltham at the same time.

It was the night before game 4 of the 2016 first round playoff series against the Hawks, but he was more than happy to speak with anyone who approached him.  At the time I was writing for Celtics Life and as soon as I mentioned that he became even more engaging, asking me for my thoughts on the series.  The C’s were down 2-1 at the time, and I told him I was confident that they’d tie it up and eventually finish off Atlanta.

The first part happened, the second part didn’t.  But the point of that story is that Marcus is a really solid guy off the court.  On the court he’s an asshole, but that’s how it should be.

If you ask him where he got those characteristics from, he’ll say his mother.  Smart’s mom, Camellia Smart, passed away last Sunday after it was announced in April that she had been diagnosed with bone marrow cancer.

The news of the diagnosis came during Boston’s postseason run.  Marcus would have gladly sat out to be with his mom, but she insisted that he play.  He wrote “Mama’s boy”, “I fight you fight”, and “F cancer” on his shoes while helping to lead the Celtics to Game 7 of the Eastern Conference Finals after missing the start of the playoffs with a thumb injury.

A day after her recent passing, Camellia Smart’s proud son took to Twitter to post a heartfelt message to his biggest role model:

I love you, Mom. pic.twitter.com/kmpyBlsJnP

Marcus Smart is incredibly self-motivated as it is, so you can bet that he’ll be going all out for his mom this season.  This one’s for her.