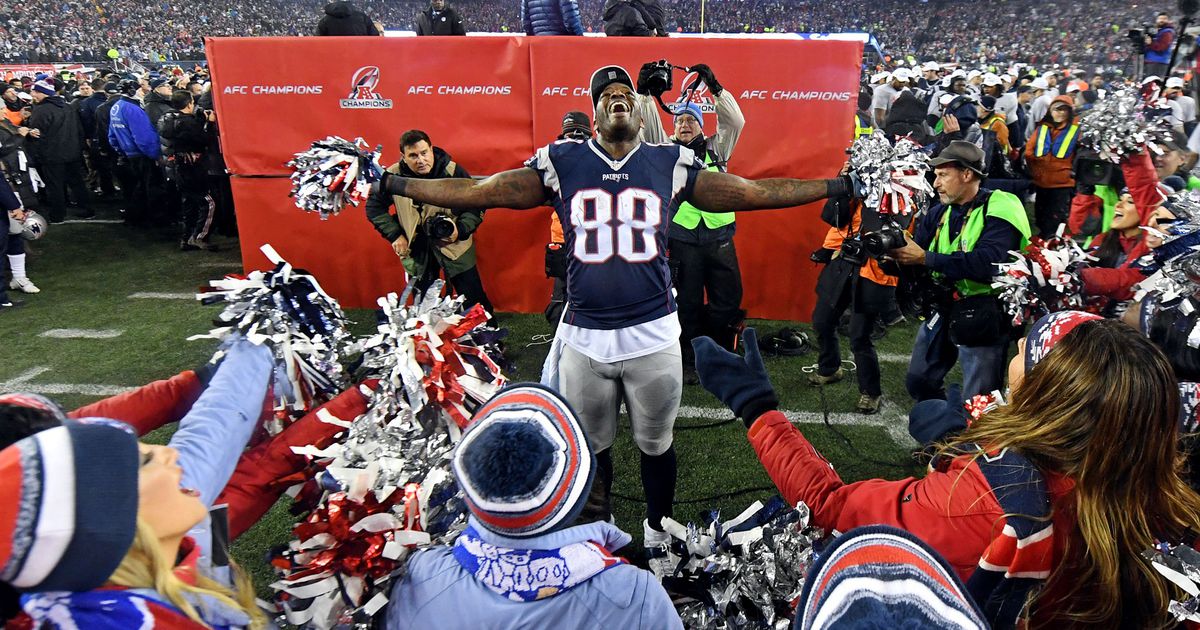 Since the Patriots acquired Martellus Bennett last summer, the tight end has given us an endless amount of funny/obscure quotes in addition to some great moments on the field.

He gave us an unforgettable rant about his love for bacon and compared winning to having sex.  He said that football players wearing no sleeves in the cold is equivalent to women going out on Halloween, and most recently he compared himself to a pickup truck and Roger Goodell to Waldo.

With Bennett’s colorful personality, it was no surprise that he was the center of attention during the AFC Championship celebration at Gillette on Sunday night.  Basking in the glory of clinching his first Super Bowl appearance, Marty put on a show with the Patriots’ cheerleaders to the sounds of Whitney Houston’s “I Wanna Dance With Somebody”:

.@MartysaurusRex just wants to dance with somebody after that #Patriots win! ? pic.twitter.com/Akyc5uOwR1

After the terrible seasons that he endured with the Bears in Chicago, it’s understandable that Bennett was overcome with joy.  But when he looked around and saw the reactions of his teammates, he learned that making the Super Bowl is somewhat of a routine in New England, and the real party doesn’t start for another two weeks:

After the lights went out and Bennett went home, he did what any reasonable adult would do after conquering one of their biggest life goals.  He decided to bake himself a cake that said “You’re Awesome” on it.  Unfortunately he didn’t have any cake mix at his house and all the stores were closed, but it was a hell of an idea.

Nobody knows for sure how Super Bowl 51 will go down, but we can all agree that Martellus Bennett is a lock to be the star of Media Day next Monday.  That electric personality and positive attitude will be on full display, just as it has been all season.  As a fan, these are the type of players you love to root for.