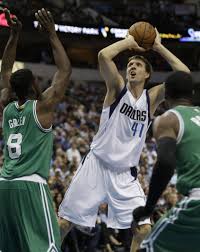 In the first half of Monday night’s loss to the Mavericks, the Celtics were nearly run out of the building by Dallas’ top-ranked offense.  The Mavs managed to go into halftime shooting a ridiculous 63% from the field and 71% from three.  But this was more than just a hot team catching fire right out of the gate.  As Coach Stevens proclaimed in his halftime interview, “[the Celtics] are not locked in at all defensively.”

Stevens was right, and whatever speech he used at halftime, he should reuse before they take the floor against the Raptors at the Garden Wednesday night.  As a matter of fact, lets just chalk up that first half as a learning experience, and use the second half as a true measurement of how good this team can really be.  After trailing by 31 at one point, the C’s miraculously shaved that deficit to three with just over three minutes to go in the fourth quarter by really turning up the intensity of the defensive end of the floor.  Marcus Smart and Avery Bradley became a nightmare for Dallas’ guards and further proved my preseason proclamation that they make up the best defensive back court in the Association.

When a team is in “rebuilding” mode (I hate that term), the most important thing is that everyone is constantly improving.  I can say with confidence that there is zero chance that last year’s Celtics team would have put up this type of fight in the second half.  Granted, this team has more talent than last year’s, but this is also a credit to players like Jeff Green and Jared Sullinger, who seem to have embraced more of a leadership role this season.  They may still be in their twenties, but on this young squad they are the veterans along with Rondo (excluding the whiny old man Gerald Wallace).

Offensively, the bright spots for the Celtics were Jeff Green (35 pts) and Avery Bradley (career-high 32 pts).  It was the first time since 2009 that two Celtics players scored 30+ in a game.

Jared Sullinger continues to be solid.  Sully finished with 14 points and 7 boards, but most of his work can’t be found on the stat sheet.  His overall hustle was a huge difference maker in the second half.

Not surprisingly, Rondo currently leads the NBA with 11.7 assists per game.