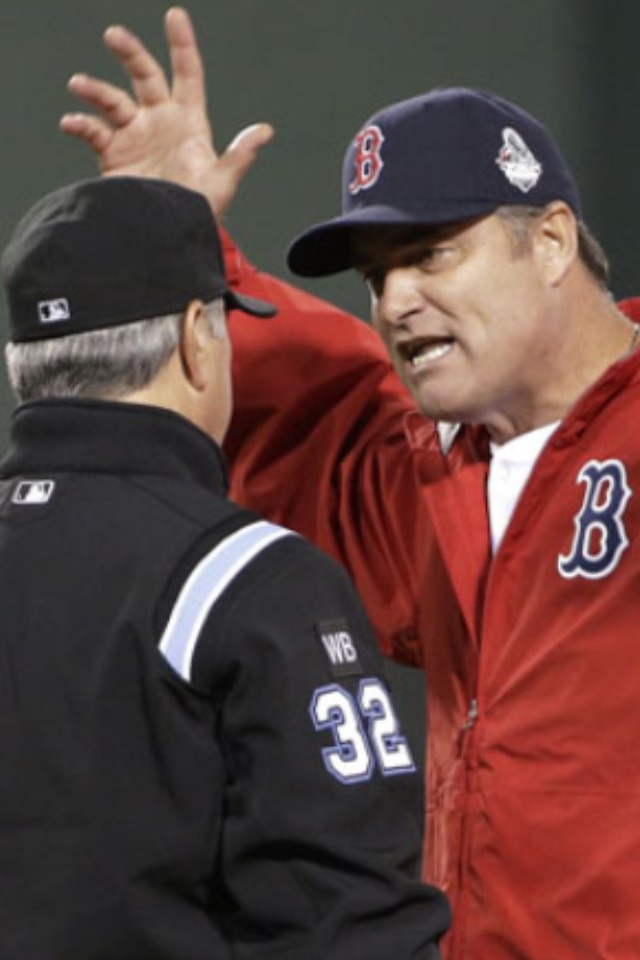 In case you haven’t heard, Major League Baseball implemented some new rules today in an effort to try to speed up the pace of the games.  Let me start by saying that if you think baseball is too slow then you’re just not a baseball fan to begin with.  Baseball isn’t meant to be fast paced.  It’s the type of sport that you can watch casually with some friends without needing to have your eyes glued to the TV the entire time.  That doesn’t mean it’s not exciting, and any real baseball fan understands this.  It’s always bothered me when people say that baseball is boring, and it bothers me even more that they’re now making rules to cater to those people.  If you think baseball is boring then you’re just an impatient person, and there are no rules that are going to change that.

Of the three biggest rule changes, these were the two that annoyed me:

1. Hitters keep at least one foot in the batter’s box during at-bats

Ridiculous. Stepping out of the box and taking a couple practice swings between pitches is something that every baseball player has included in their routine ever since Little League.  I know I did it, and if you’ve ever played baseball at any level then you’ve done it too.  You’re asking players to break a lifelong habit on the off chance that impatient people will start to like baseball.

2.  Managers must stay in the dugout when challenging a play

I really, really hope that this doesn’t take away from managers coming out of the dugout and going ape shit on umpires when they disagree with a call because that would be the end of baseball as we know it.  Baseball has always been unique in that it’s the only sport where it is completely acceptable for the coach to run onto the field of play and delay the game just to voice their displeasure with a call.  Of course they usually get ejected, but there’s no other sport where the coach even has the balls to flip out on the officials.  It’s really one of the underrated qualities of the great sport of baseball, and now it could all be ruined.

The third rule had to do with shortening the time between innings which I’m totally fine with because commercials suck.