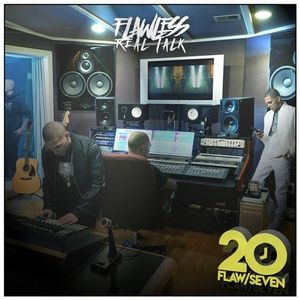 Flawless Real Talk of Providence has been a staple in the New England hip-hop scene since 2011, when he dropped standout tracks like “Made to Fly” and “Going Off” before joining Tech N9ne on a 48 city nationwide tour.

In the seven years since, he’s continued to build his brand with a steady stream of quality songs and videos.  It’s hard to argue that the past few months have been his most successful.

Coming off the release of the ‘Going Up’ EP, ‘Against It All’ EP, and a 20-track album called ‘The Vault, Vol. 1′ in 2017, Flawless kicked off this year with his biggest collaboration to date.  For the first single from his new album ’20Flaw7’, he recruited the legendary Jadakiss.  It’s called “Bodies” and you can listen to it here:

On June 1st he dropped the second single, “Dope”, accompanied by a music video:

On July 16th, he gave us a teaser video for the opening track “From The Fire”:

Flawless has also been known to absolutely murder freestyles on radio show appearances.  There are too many quotables to mention from these bars that he brought to Power 105.1 back in April:

Aside from the songs mentioned, “Monster” has earned the most plays so far from ’20Flaw7′.  But all 16 tracks are worth a listen.  You can find the full album on every major streaming service.