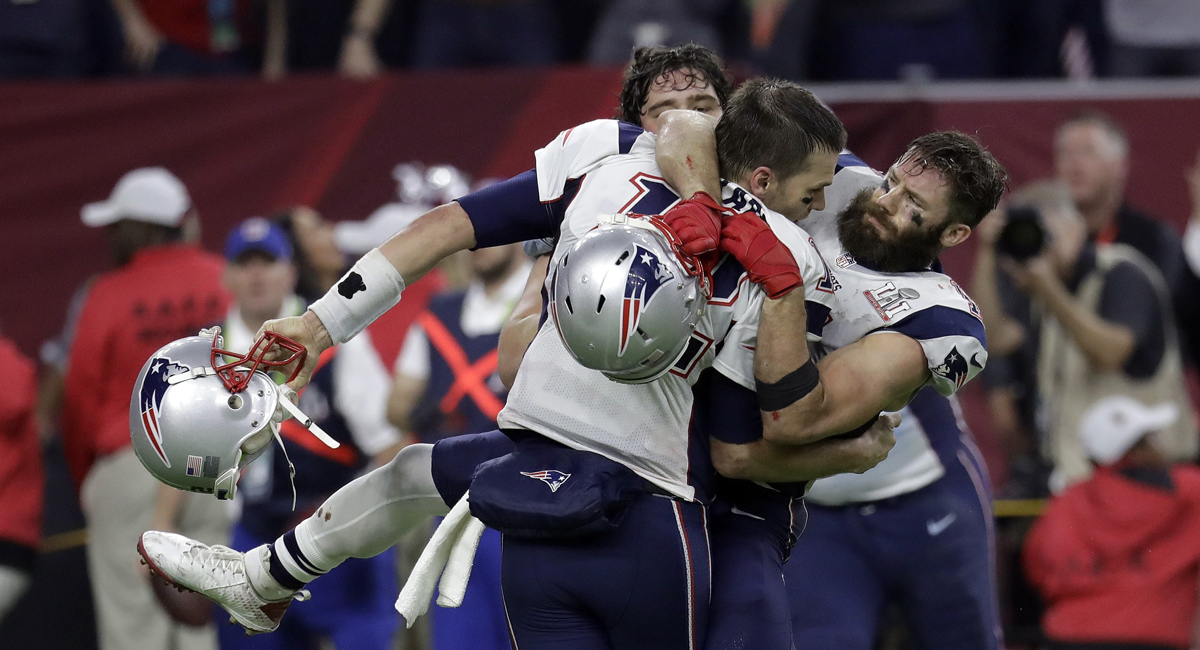 As they always do, NFL Films came through with a masterpiece from Super Bowl 51.

Numerous players on both sides were mic’d up for the game, and this is a must-watch for any Patriots fan.

Get your popcorn ready:

Certain players made a lot of appearances in the video, one of which was wide receiver Mohamed Sanu.  Sanu was extremely confident as the Falcons built their 25-point lead, but he may have been a little too confident.  He was doing a lot of trash talking both on and off the field, and at one point Tyler Gabriel refused to buy in to his notion that the game was in hand and warned him about the capabilities of Tom Brady.

As you can imagine, he didn’t have much to say towards the end of the game.  Here are Sanu’s most notable quotes:

One guy I gained a lot of respect for after watching this is Dont’a Hightower.  He’s not someone who’s really outspoken to the media, but stuff like this shows just how much of a vocal leader he is on the field:

LeGarrette Blount had a career year in 2016 but wasn’t much of a contributor in the Super Bowl.  He never got any momentum and his fumble early on was a crucial mistake.  But that didn’t stop LG from maintaining a positive attitude on the sidelines and providing us with some solid quotes:

Just as he did in the Super Bowl two years ago, Julian Edelman provided the best sound from the game (greatest catch in Super Bowl history included):

I could watch this shit for hours.  Hearing players mic’d up during one of the greatest games in NFL history is an unbelievable privilege.  Excellent job by NFL Films to piece this together.

Even watching the Falcons celebrating in the first half was entertaining, knowing the Pats are about to come back and crush their hopes and dreams.  If that’s wrong then I don’t want to be right.