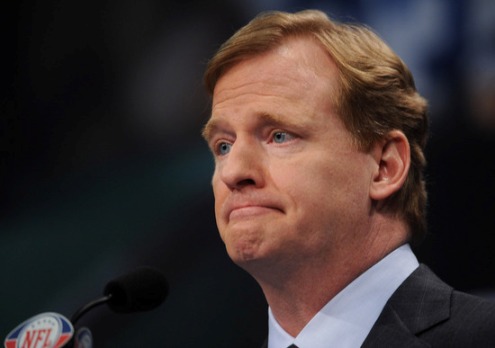 For some odd reason, NFL Network thought they could get away with airing a promo for Championship Weekend that included all of the quarterbacks participating besides Tom Brady:

They were wrong.  Pats fans and sports media members immediately jumped on the obvious “mistake” until NFL Network finally fixed it:

That’s great that the commercial has been changed to the way it should have been originally, but the fact that this even happened in the first place is just another embarrassment to the NFL.  Try to make it less obvious how pissed you are at the Patriots’ continued success despite your endless efforts to the end their reign.

My best advice for the NFL is to stop pretending the Patriots don’t exist.  It’s going to get a lot harder to do so over the next couple weeks as they get closer to their fifth Lombardi trophy.  Then again, if you haven’t embraced their greatness by now then you probably never will.  In that case, stay petty Goodell.  We’ll see you in Houston.