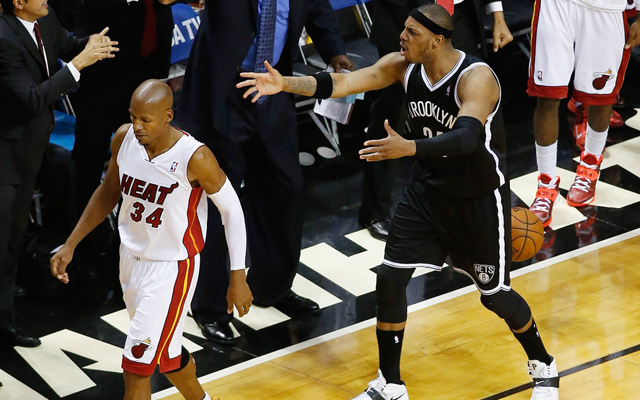 ESPN’s Jackie McMullen sat down with Paul Pierce recently for an interview in which he discussed his maturity since his early years in Boston, his year with the Brooklyn Nets, and his relationship (or lack thereof) with the back-stabber himself, Ray Allen.

You know how when people get really old they have no filter for what they say and they just blurt out exactly how they feel?  Well, in basketball years Paul Pierce is a grandpa and that’s the exact approach he took with this interview.  He didn’t hold anything back and he took every opportunity he had to criticize the younger generation of players for their poor work ethic and lack of mental toughness.  They don’t call him “The Truth” for nothing, so here it is:

First, what he said about his time with the Nets:

“I’m much happier,” he said. “It was a tough situation (in Brooklyn) last year. Horrible, really.

“It was just the guys’ attitudes there. It wasn’t like we were surrounded by a bunch of young guys. They were vets who didn’t want to play and didn’t want to practice. I was looking around saying, ‘What’s this?’ Kevin (Garnett) and I had to pick them up every day in practice.

“Before I got there, I looked at Deron as an MVP candidate,” Pierce said. “But I felt once we got there, that’s not what he wanted to be. He just didn’t want that.

“I think a lot of the pressure got to him sometimes. This was his first time in the national spotlight. The media in Utah is not the same as the media in New York, so that can wear on some people. I think it really affected him.”

In other words, D-Will is soft.  But I think anyone who has watched him underachieve the last few years already knew that.  My only question is where was Jason Kidd during this whole mess?  Pierce talks about how he and KG were the only one’s that kept the team motivated but fails to mention anything about the coach.  Sounds to me like he did a terrible job of disciplining his players but Pierce didn’t call him out on it so I’ll let it go.

Finally, here’s what he had to say when asked about his relationship with Ray Allen:

Pierce still engages in group texts with former Celtics teammates (and coach) Doc Rivers, Garnett, Kendrick Perkins and Big Baby Davis, but hasn’t talked to Ray Allen since he bolted from Boston to Miami in the summer of 2012.

Though much has been made of it, Pierce said, people don’t understand he wasn’t all that close to Allen to begin with.

“It was a weird relationship,” Pierce conceded. “We were all good friends on the court, but Ray always did his own thing. That’s just the way Ray was. Even when we were playing together, we’d be having a team dinner and Ray wouldn’t show up. We’d go to his charity events but Ray wouldn’t show up to somebody else’s.

“I called him on it. I said, ‘Man, Ray, we support all your stuff but when we ask you, you don’t come to ours.’ I remember when Rondo re-signed with Boston, we had a little dinner at a restaurant and Ray didn’t show up.

“I know Ray probably didn’t like Rondo that much, but it wasn’t a fact of not liking somebody. You don’t have to like everybody you play with — it’s a matter of showing support.

“Rondo probably didn’t like Ray either, but he came to Ray’s functions to show, ‘Hey, we’re together in this.’

“It’s not a bad thing with Ray. We had a great relationship on the court. But even the year we won it, after a game we’d say, ‘Let’s go have something to eat and have a night with the older guys.’ We’d get there and it would be me, Kevin and Sam (Cassell), but no Ray. In a lot of ways, me, Sam and Kevin were our Big Three.

“It just got to the point where it was, ‘That’s Ray.’ No hard feelings. Everyone made such a big deal of us not talking after we left, but there really wasn’t much there.”

So basically Ray Allen is a selfish prick.  And after what he did to the Celtics following the 2011-12 season, that shouldn’t surprise anyone.  I’ve always found it funny that throughout his career people have often described Ray as “classy”.  When people say he’s classy, what they mean is that he’s intelligent, articulate, has a strong work ethic, and never trash talks or says a bad word about anyone.  Those are all great qualities to have, but he’s missing some key components of how to be a respectable person.  Namely, the ability to form meaningful relationships with other people (not including family).  Ray Allen is so caught up in his own little “classy”, “hard-working” world that everything else becomes unimportant.  Yeah it’s great that you shoot a million free-throws a day, play the piano, and haven’t eaten a cheeseburger since you were 18, but would it kill you to go out to dinner with your teammates once in a while?  Ray is like that kid in school that’s an absolute genius and all of his teacher’s love him because he’s so nice and smart and you appreciate him because he helps you with your homework, but then you try to be nice and ask him to hang out after school and he says no because all he wants to do is stay inside and read.  Ray was only interested in interacting with his teammates on the basketball court.  Off the court, it was all about Ray and what Ray needs to do to get better.  It explains why he felt like it was okay to join the team that he had just lost to in the Eastern Conference Finals in a heated seven game series.  He wasn’t thinking about his teammates that he had just gone to battle with in the playoffs.  He wasn’t thinking about the legacy that they had built together or how they had just come within one game of returning to the Finals for the third time in five years.  I guarantee that the only thing on the mind of Pierce and KG after that series against the Heat was redemption.  How can we come back and get to the finals next year?  With Ray Allen, it was how can I get to the finals next year?  He wasn’t concerned about anyone else. 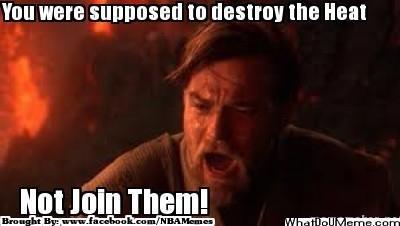 The difference between Ray Allen and  someone like Pierce or KG is summed up perfectly by this quote from Pierce when he was talking about leaving Brooklyn after last year:

“I would have stayed in Brooklyn because of Kevin,” Pierce said. “I told him, ‘I don’t really like this situation but I would never leave you if you want me to stay.’ But they decided not to re-sign me so I never had to make a choice. I would never have left Kevin like that.”

Look at that, Ray.  Did you ever think to ask your teammates if they wanted you to stay?  That’s what loyalty looks like.  That’s called forming a special bond with someone, a “brotherhood” if you will.  You were a part of one in Boston, but I’m not sure you ever took the time to realize it. 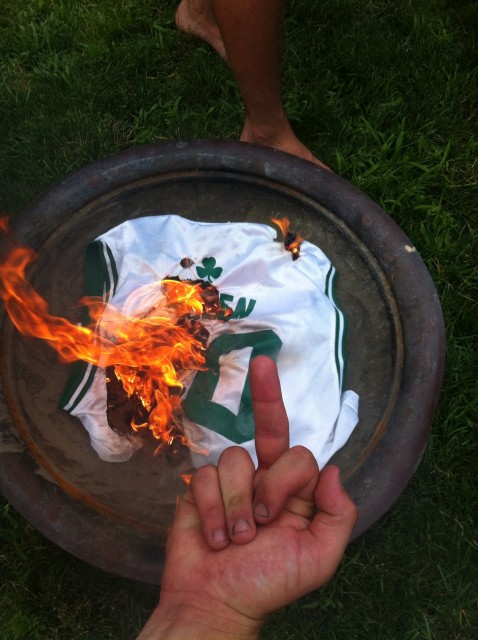 Here’s a link to the rest of the interview: http://espn.go.com/nba/story/_/id/12690080/washington-wizards-paul-pierce-speaks-truth

2 thoughts on “Paul Pierce Tells The Truth About Ray Allen”