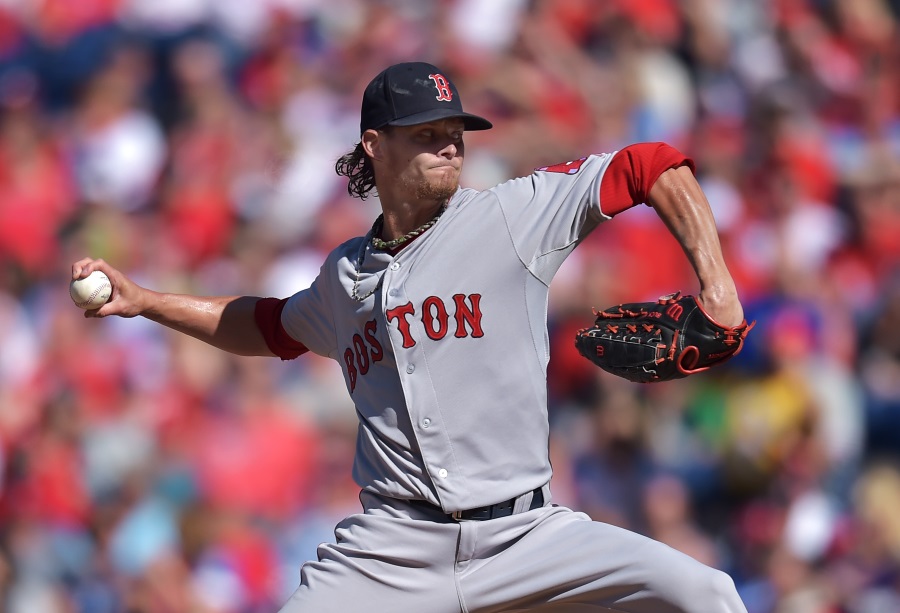 Opening Day went about as well as we could have hoped for the Sox.  Of course baseball is a very, very long season so I’ll wait a little longer before I start making World Series predictions but I love what I saw from the small sample size that we got today.  The offense appears to be everything it was cracked up to be as they absolutely tee’d off on Cole Hamels (not sure I want him anymore).  Newcomer Hanley Ramirez went yard along with Mookie Betts, who looks to have picked up right where he left off in Spring Training.  I can’t wait to see the damage he does for my fantasy team this year.  Most notably, Dustin Pedroia appeared to be in 2008 MVP form as he went 3 for 5 and belted 2 homers.  It was said after last season that Pedey had been dealing with an injured wrist all year and his numbers declined as a result.  But I know for a fact that anyone who claims he is past his prime will be eating their words shortly.  The guy still hit .280 last year with a banged up wrist and we all know what he’s capable of when he’s 100% healthy.  As far as I can see the Laser Show is back.

Most surprising about this 8-0 Opening Day victory was the performance of Clay Buchholz.  Clay was back to being the Clay that we say in early 2013 before he went down for two months with a mysterious injury that I’m pretty sure he never fully explained.  Last year was a bit of a disaster for Clay but appears to have his confidence back which is huge.  I’ll admit I was extremely nervous when Farrell announced him as the number one starter about a week ago but he threw like an ace today.  Of course we’ll have to wait and see how the 2 through 5 starters pan out but a reliable ace and an offense that can actually hit is a good start in the turnaround from worst to first.

Here are some highlights: