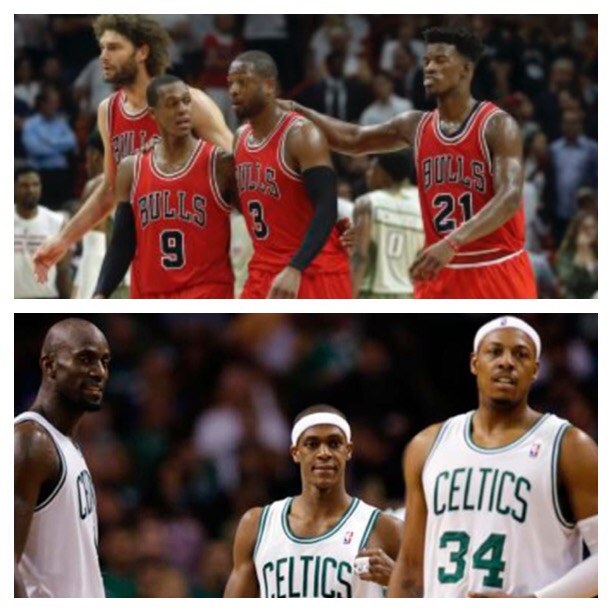 Rajon Rondo’s years with Kevin Garnett and Paul Pierce were a joy to watch, but his career since then has been a bit of a roller coaster.  After short stints in Dallas, Sacramento, and now Chicago, the four-time All-Star has had trouble finding a team that plays to his strengths.

After Chicago’s most recent loss, Rondo’s newest All-Star teammates Dwyane Wade and Jimmy Butler took some shots at the rest of the Bulls in their post game interviews.  Rondo was clearly not on board with the way they handled the situation so he took to Instagram to vent his frustrations, saying his old Celtics mentors wouldn’t have thrown the team under the bus:

Is Rondo right about not going to the media when you have an issue with your teammates?  Yes, players should come to their teammates first before airing them out to the public.  Unfortunately that’s exactly why Rondo is also a hypocrite because he did the same thing by posting about the issue on Instagram.

And he’s right about Pierce and KG never taking a play off, but unfortunately the same couldn’t be said about him, especially on the defensive end of the floor.  He even admitted it a couple years ago.

What was on point about Rondo’s post was his assessment of Kevin Garnett and Paul Pierce’s leadership skills during that six-year era in Boston.  He’ll likely never play with two guys who can bring a team together the way they did, and unfortunately he’s just going to have to adjust.  If he continues to be as stubborn as he’s been these last few years, he’ll never find a locker room where he can fit in.  Hopefully he figures it out.