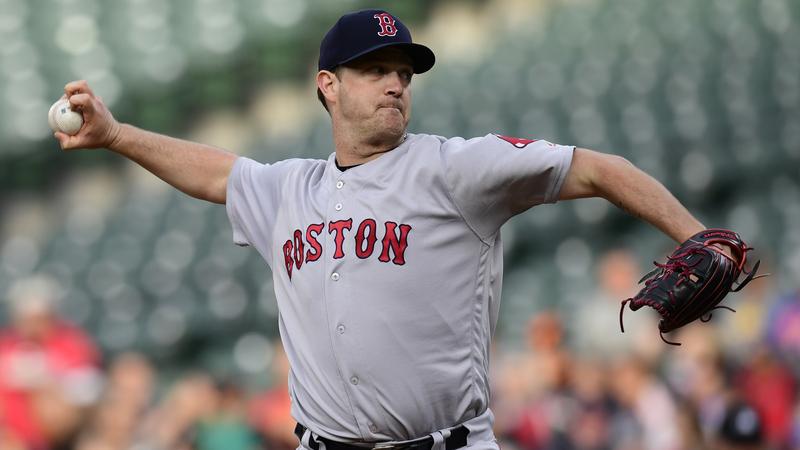 The Baltimore Orioles are the worst team in baseball.  They had lost 11 of their last 13 games heading into Monday night’s match-up against the Red Sox at Camden Yards.

The Red Sox are one of the best teams in baseball, but they’ve also struggled lately by their standards, especially when it comes to scoring runs.  They had dropped their last three out of four and only managed to put four total runs on the board in those three losses.

Either the Sox were going to take advantage of weak competition and break out of their lull, or we were going to see an offensive struggle of epic proportions from both sides.  With Mookie Betts finally returning to the lineup, I would have put my money on the first option.  Not to mention Steven Wright was on the mound, so there would be no issue silencing the O’s bats.  Wright had allowed just four runs over his first seven starts of 2018.

That part was true.  The knuckleballer tossed 6.2 scoreless innings in another phenomenal performance.  The offense?  They stayed cold.  Dylan Bundy was able to shut them out for eight innings before leaving the game, and Richard Bleier blanked them in the ninth.

Fortunately, Boston’s bullpen was able to pick up where Wright left off.  Joe Kelly, Brian Johnson, and Brandon Workman kept the score knotted at 0-0 and forced the game into extras.

It wasn’t pretty, but the Sox finally took the lead in the top of the 12th on a sacrifice fly from Brock Holt following Rafael Devers’ clutch double:

VIDEO: Here's the double from Rafael Devers that set up the 2 run #RedSox 12th inning pic.twitter.com/pHss0mdd6K

Heath Hembree pitched the 10th and 11th and came away with the victory while Craig Kimbrel nailed down another save in the 12th.  All-in-all it was a 12-inning shutout.  Not how they planned it, but a win is a win.  And the Red Sox have the most wins in baseball.