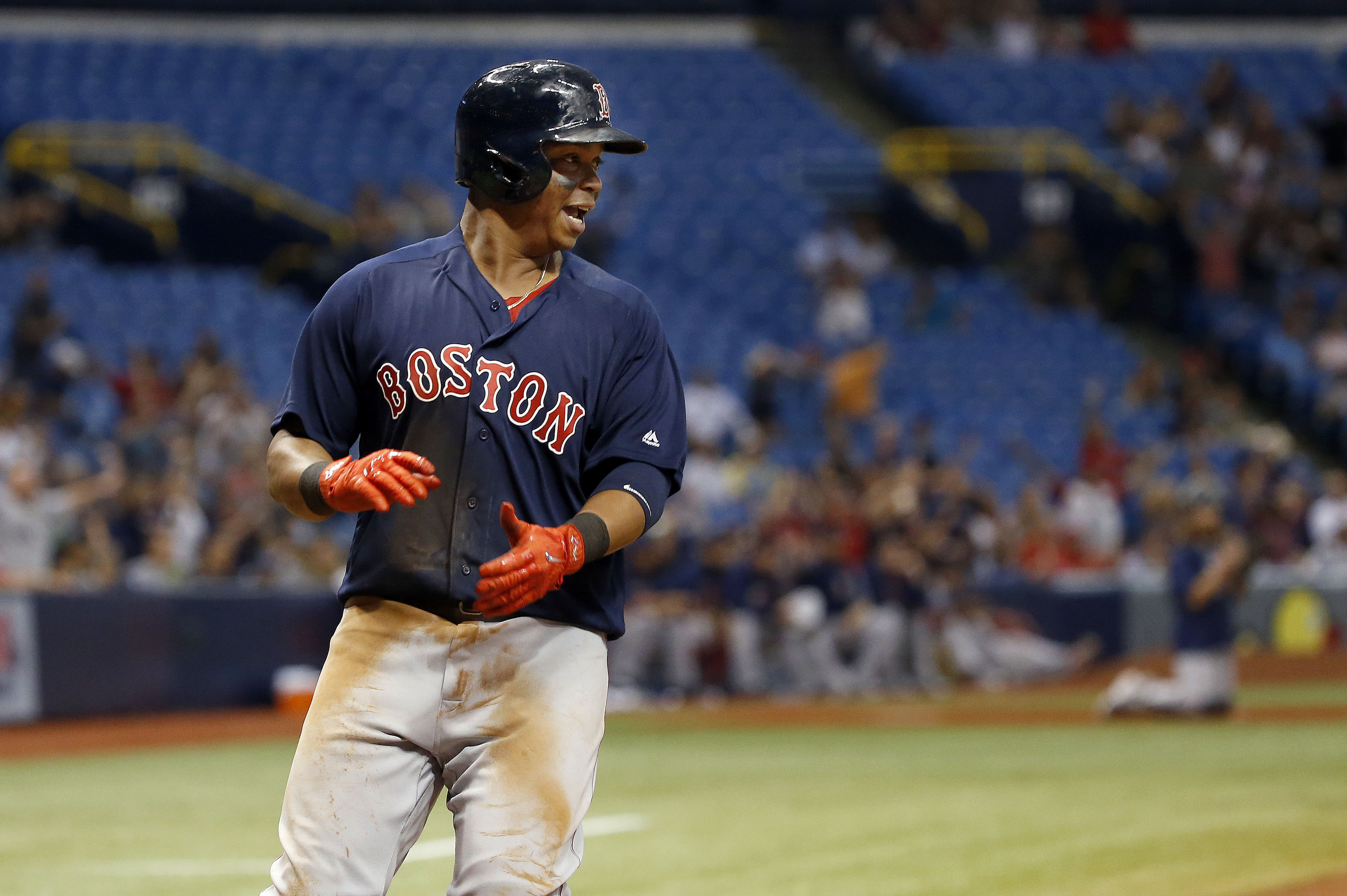 The Red Sox have played into the early hours of the morning on numerous occasions this season.  The good news is that they seem to be pretty good at closing teams out in extra innings.

Less than two weeks ago, they played in the second longest game in Fenway Park’s 105-year history and came out on top after Hanley Ramirez drove in the game-winning run in the bottom of the 19th.

On Friday, they improved their extra innings record to an impressive 13-3 after another late night.  The Sox entered the 9th inning in Tampa trailing the Rays 5-2.  They were able to put together a rally and set the table for Xander Bogaerts to tie the game with 1 out:

They failed to score anymore runs in the 9th but were able to push the game into extras.  It would remain tied until the 14th inning, when they were able to piece together another rally and ultimately benefited from some bad Tampa defense:

Just when you thought you’d seen it all, Brandon Workman allowed a solo shot to Kevin Kiermaier in the bottom of the 14th.

Apparently that pissed off the Sox because they came back with a vengeance in the 15th and put up 7 runs to seal the win.  Another botched play by Tampa allowed Boston to take the lead with no outs:

From there they piled it on and came out with a 13-6 win.  The final out was recorded at 1:15 AM.  Say what you want about this time, but their resiliency is reminiscent of 2013.