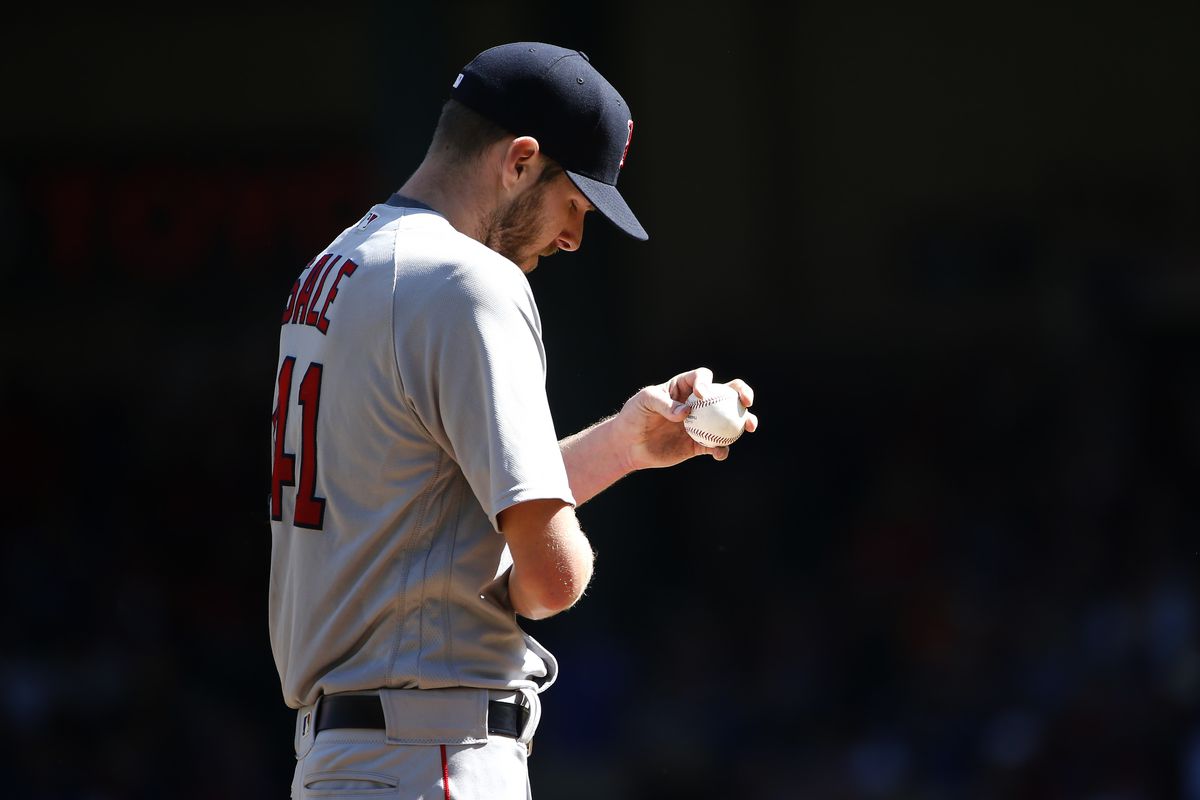 On June 8th at Fenway against the White Sox, Chris Sale racked up 10 strikeouts over eight innings and allowed just one run.  He came away with a 1-0 loss.

Sale not getting run support has been somewhat of a common theme during his season and a half with the Red Sox.  Tuesday night in Minnesota felt like more of the same.

He had a no-hitter going into the fifth inning before Ehire Adrianza hit a cheap two-out slow roller to third that Rafael Devers bobbled as he tried to bare-hand it.  Sale had retired 14 batters in a row up to that point.

What he didn’t have was a lead.  It wasn’t until the sixth that the red-hot Devers crushed a solo shot to break the 0-0 tie, his second homer in two games and 12th of the year.

Unfortunately, one run wasn’t going to be enough to give Sale a much-deserved win.  The lefty ace had 11 strikeouts on the night, but was shaky in the bottom of the sixth and allowed a two-run double to Eduardo Escobar, giving the Twins a 2-1 lead.  It was Escobar’s 31st double of the season, the most in the majors.

After Sale left in the seventh, Sandy Leon was able to come through and tie the game at 2-2 on a two-out RBI single in the bottom of the inning.

Again, no win for Chris Sale and his 2.75 ERA.  But at least they still had a chance to win the game and not completely waste his exceptional outing.

Then the bullpen steps in.  Robby Scott walks the leadoff hitter and then hits Joe Mauer with a pitch to start the inning.  Joe Kelly allows a single to Escobar, Jackie Bradley Jr. commits a rare error in center field, two runs score.  Kelly then gives up a two-run triple to Robbie Grossman before Hector Velazquez finally stops the bleeding.  6-2 Twins after eight, Sox can’t rally in the ninth, another loss after a successful Chris Sale start.

It was the sixth time this year that the Red Sox have scored one or zero runs while Sale was on the mound.  They’re .500 when he starts and he’s only 6-4 despite his impressive ERA.

The Red Sox have now lost two of their last three games.  Lack of offense, especially with runners in scoring position, has been their most glaring downfall.  They left 10 runners on base in their 7-6 loss to the Mariners in Seattle last Friday before being two-hit in a 1-0 loss the next night.  On Tuesday, nine Boston base-runners were left stranded.