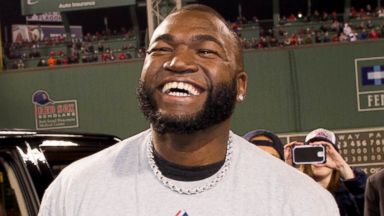 According to a tweet from Ken Rosenthal, David Ortiz is getting set to play the last season of his legendary career:

Sources: David Ortiz will retire at end of 2016 season.

Still no announcement by Ortiz himself, and he did say back in 2014 that he wasn’t going to take the Jeter/Rivera route and announce his retirement before playing his final season.

But he turns 40 years old tomorrow so I can’t say I’m surprised that he changed his mind.

I can say that if the Red Sox suck next year, Papi’s farewell tour will be absolutely unbearable.

It was easy to get sick of seeing Jeter and Rivera on Sportscenter being showered with gifts from opposing teams almost every day for six months.

As a Sox fan it will be more acceptable with Ortiz, but if there isn’t a chase for a fourth ring  to go along with it then it could just become annoying.

The good news is I’m fairly confident that the Red Sox won’t suck in 2016, and this news just increases my hope that we have a special season ahead of us.

1 thought on “Report: David Ortiz Will Retire After 2016 Season”