Rex and Rob Ryan appear to be enjoying their summer so far as they get ready to lead the Bills to another mediocre year.  On Friday they were spotted riding around on a tandem bicycle together.  If this image doesn’t strike fear into the hearts of Bill Belichick and Tom Brady then I don’t know what will: 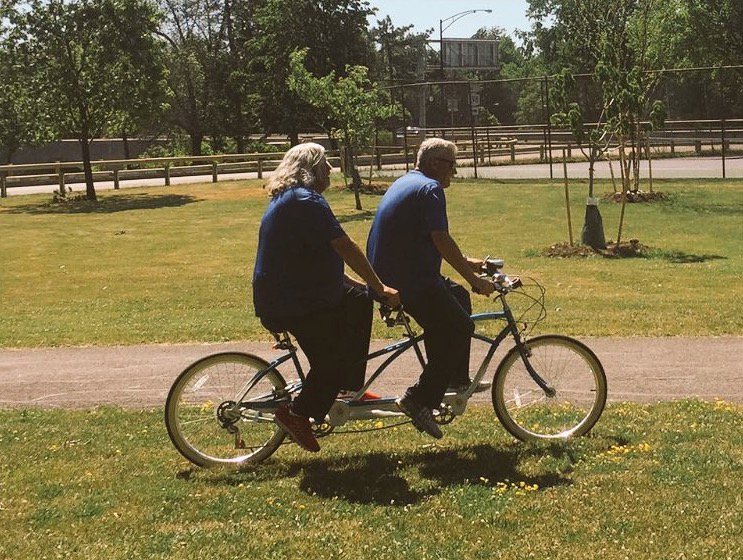 In all seriousness what is the point of a tandem bike?  Why not just ride two separate bikes and have the freedom to go at whatever speed you want?  Something’s off with those Ryan brothers.  At least they’re getting exercise.