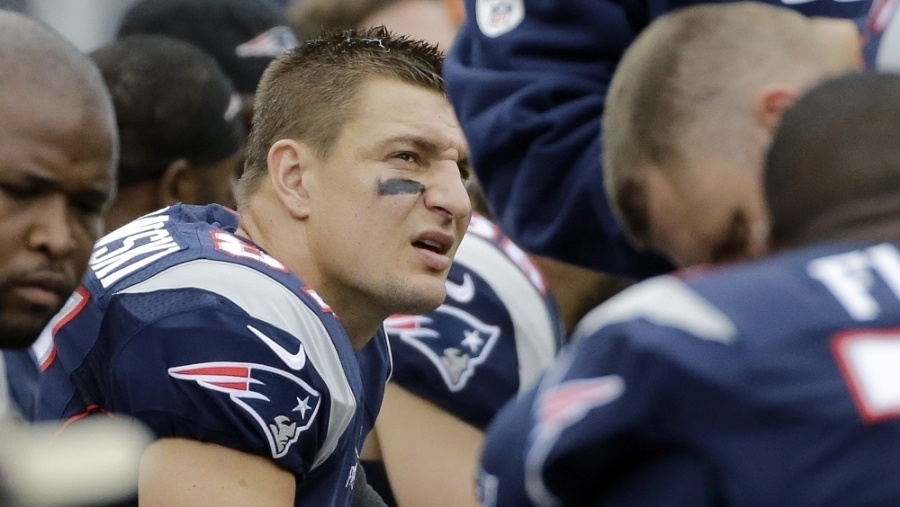 It was announced on Thursday that Rob Gronkowski will undergo back surgery on Friday and will likely miss the next eight weeks, which could mean the entire season if things don’t go the Patriots’ way.  Gronk, who’s missed a total of three games this season already due to injuries, suffered his latest blow in last week’s win over the Jets and was unable to finish the game.

The best case scenario appears to be Gronk returning for the AFC Championship game if the Pats can make it that far, which is still entirely possible without Tom Brady’s favorite target.  It would be hard to argue that they aren’t still the best team in the AFC, even with the injury.

This is where signing Martellus Bennett in the off-season is really going to pay off.  Marty has been up and down this season, but he was huge when Gronk was out in the beginning of the year.  When the best tight end in football goes down, it’s good to have another top five tight end who happens to be even bigger.

The biggest disappointment here is that we’re now settling into the reality that Gronk is an injury prone player.  The amount of things that have gone wrong with the 27 year-old over his seven-year career are really starting to pile up, and this injury is the final straw that makes you realize how difficult it really is for him to stay healthy through a full season.  In fact, Gronk hasn’t played a full 16-game regular season since 2011.  Friday’s procedure will be the eighth surgical operation of his NFL career.

Time for the rest of the Pats to do their jobs and make sure Gronk has a chance to take the field this postseason.