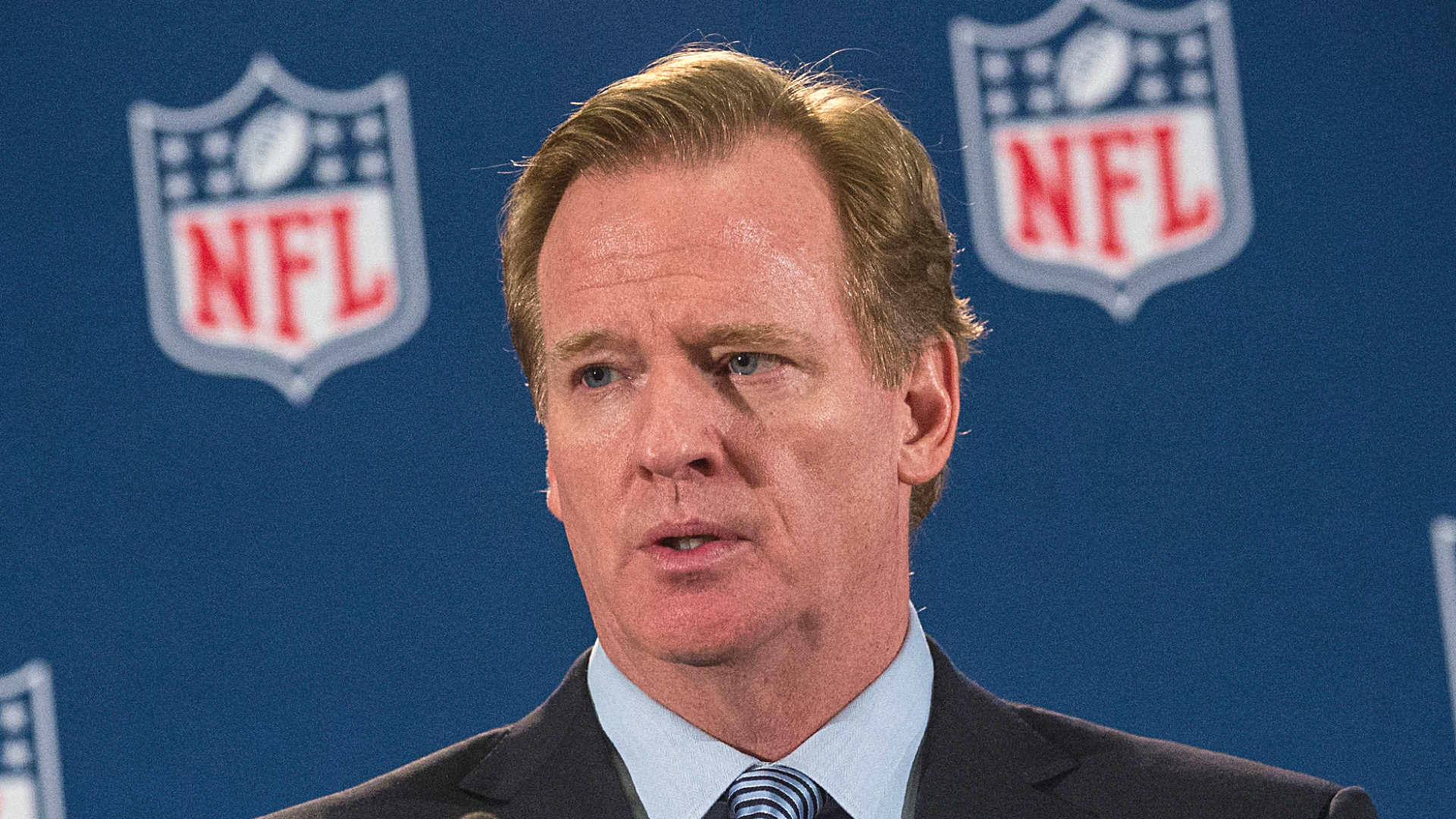 It was inevitable that Roger Goodell was going to face questions about “Deflategate part 2” at the NFL’s league meetings on Wednesday.  It was also inevitable that he was going to lie his ass off and continue to come up with bogus reasons as to why there won’t be any further investigation into the Giants’ alleged complaint that the Steelers were deflating footballs on Sunday.

Here’s what he had to say:

I’m over the whole deflategate thing and there’s nothing we can do about it at this point.  If you can’t see by now that the Patriots were targeted and wrongly punished then I have nothing to tell you.  That’s your choice to ignore all the red flags.  If the league gave half a shit about maintaining any sort of consistency when it comes to disciplining players, they would treat this Steelers situation with the same level of aggression as they did when they were dragging Tom Brady through the mud for 18 months.

If you want to see just how shook Goodell is from blatantly lying all the time, watch him trip over himself while making excuses.  The guy is addicted to the word “protocol”:

Goodell asked about DeflateGate 2..says the word protocol 4 times in his 20 second answer. He's either lying or has a limited vocabulary. pic.twitter.com/p0uuIzuO57

All of this will just make a fifth Super Bowl in February so much sweeter.  It becomes clearer every day that deflategate was nothing but a witch hunt, and the fact that the Patriots are 11-2 despite Brady’s four-game suspension is unbelievably satisfying and a giant middle finger to Goodell and the NFL.  I can’t even imagine what another Super Bowl would feel like at this point, but I need to find out.

2 thoughts on “Roger Goodell Continues To Lie To Us, Says The League “Followed Protocol” With Deflategate 2”