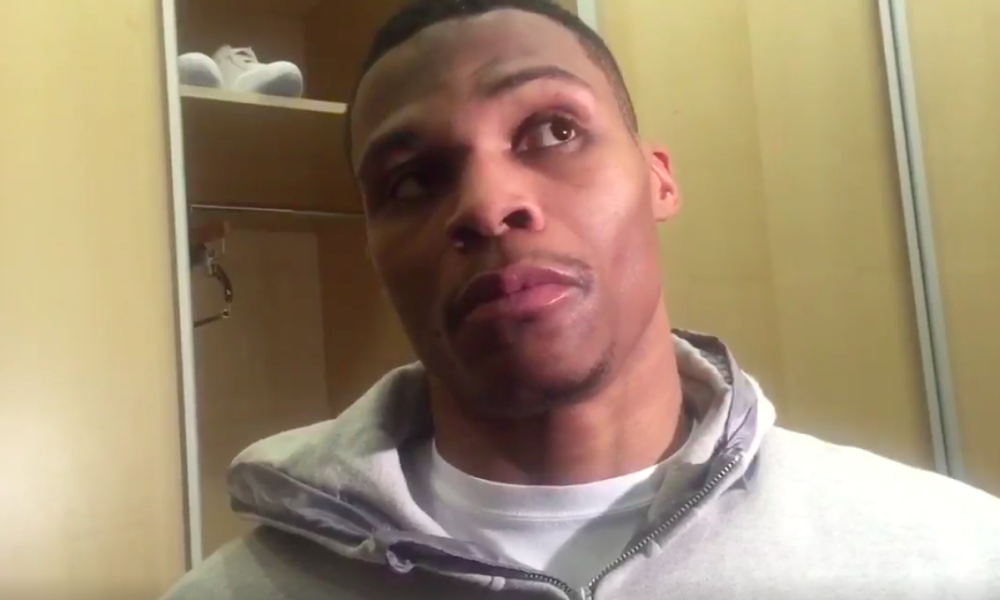 Russell Westbrook is a superstar.  Marcus Smart is a 21 year-old kid whose best years are far ahead of him, but he has the quickness and athleticism to guard some of the best scorers in the game.

We saw that on Sunday night in the Celtics’ 100-85 victory against the Thunder in Oklahoma City, only Marcus was able to outplay Westbrook on both ends of the floor.  Smart put up 26 points, 8 assists, and 3 rebounds in one of the best games of his young career.

Afterwards, Russell Westbrook (who’s known for giving the media a hard time) refused to agree with the notion that Smart can keep up with him on the court.

There are two things you can do when you get outplayed, you can man up and admit it or you can just point out that you put up better numbers than Marcus Smart throughout the course of an 82 game season even though that has nothing to do with the game you’re being questioned about.

Russ chose to do the latter, and now he just looks like a sore loser.