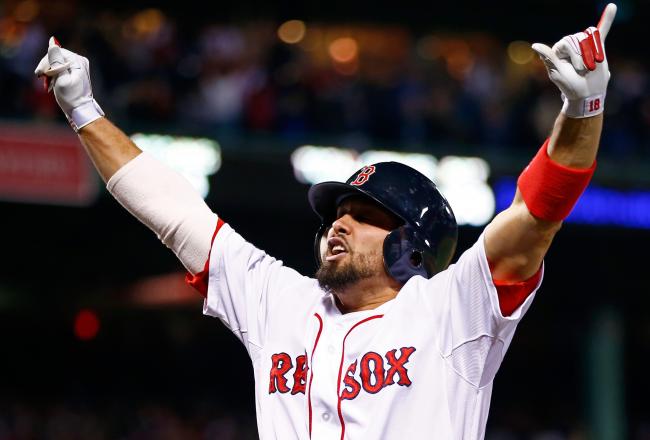 The Sox traded Shane Victorino to the Los Angeles Angels on Monday and he teared up a little in his departing press conference.

It’s nice to see how appreciative Shane was of the Red Sox and the city of Boston in general.  He may not have done much for us the last couple years, but it’s doubtful that we would have won the World Series in 2013 if it wasn’t for the Flyin Hawaiian.  In the 2013 postseason, Victorino drove in the winning run in the clinching game of all three series’ including this memorable grand slam:

And of course, who could forget the Fenway faithful singing along to his walk-up song, “Three Little Birds” by Bob Marley.

It’s too bad that his glory days with the Sox were short-lived, but Shane Victorino will always be appreciated in Boston and we wish him the best in Anaheim.