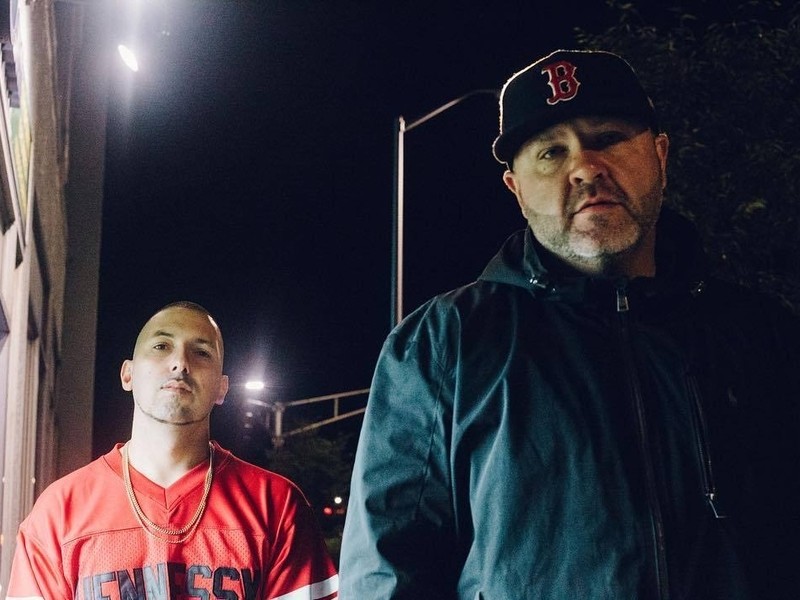 Slaine and Termanology have been staples in the Massachusetts hip-hop scene for well over a decade now.  Both of them rose to prominence around 2003-2006 and have maintained their spots as two of the most respected emcees in the state by consistently putting out quality content.

Slaine (from Boston) recently admitted that he and Term (from Lawrence) didn’t like each other for years.  But due to a mutual friendship with Boston’s legendary producer Statik Selektah, the two eventually crossed paths, worked out their differences, and began working on music together.

Earlier this month, they released their first collaborative album, entitled “Anti-Hero”.  With features from names like Chris Rivers, Conway, Everlast, Jared Evan, and Madchild as well as production from DJ Premier, Statik Selektah, and Evidence to name a few, this project is a certified Massachusetts hip-hop classic.  Aside from the great features and producers, Slaine and Termanology both brought their lyrical A-game.  They may be friends now, but there is clearly still some competitive fire between them as they try to out-rap one another on every track.

As for who came out on top, we’ll let you decide that for yourself.  Stream it here on Spotify: