Tom Brady issued a challenge to his fans on Thursday when he took to his favorite social network (Facebook) and alerted everyone that he had hidden three pairs of autographed Uggs around Boston.  They weren’t new Uggs.  They were used by Brady himself, and with any luck they still smell like his feet.

All joking aside, one guy was so determined to come across TB12’s old slippers that he fell on his face and lost a tooth.  Brady posted individual pictures of the three pairs of Uggs to see if any of his followers could identify the locations.  A man named Luke Barosky recognized that one of the pairs was hidden at Dorchester Heights and immediately went into an all-out sprint.  Unfortunately his journey didn’t go as planned, and he left a comment on Brady’s Facebook post to explain what happened: 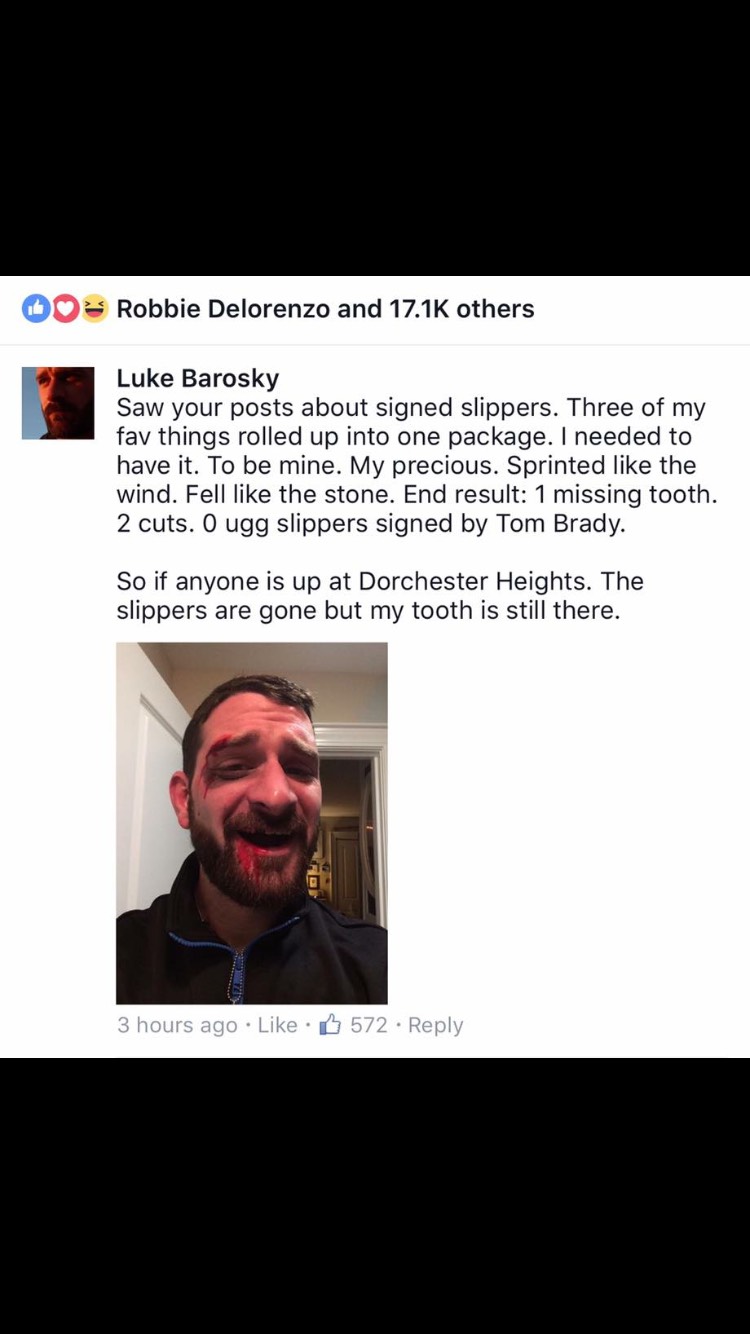 Of course his comment was liked so much that he shot to the top comments which allowed Brady to see it.  So Tom, being the gentleman that he is, responded the only way he knows how: 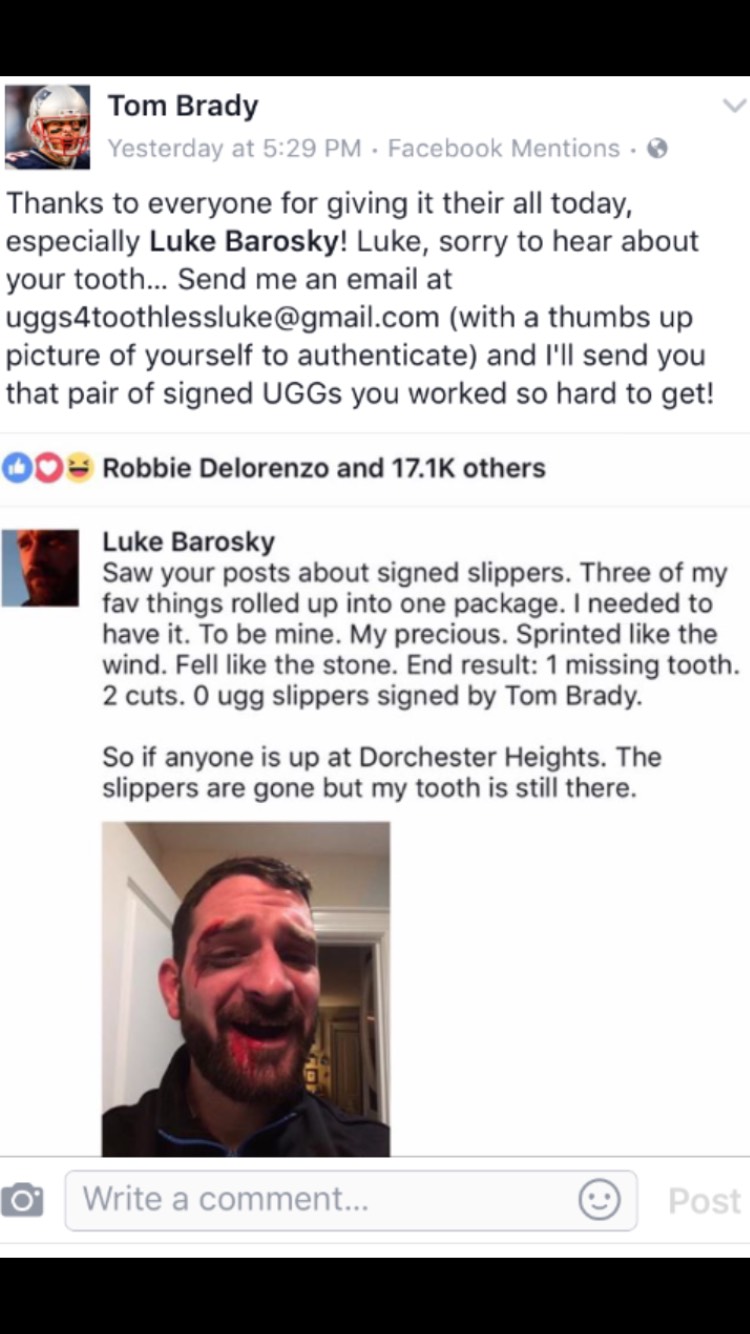 He set up an email account specifically for giving signed Uggs to a man who wanted them but lost a tooth instead.  That’s the kind of guy I want leading my team.

PS: I hope I’m wrong, but I’m not totally convinced that this guy didn’t just pull out his own tooth to get a free pair of Uggs signed by Tom Brady.  Can’t knock the effort, I guess.