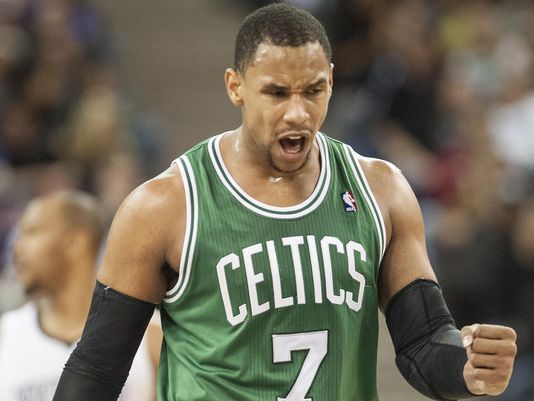 The Celtics released some shocking news today as they announced that Jared Sullinger will be available to play in tonight’s game against the Milwaukee Bucks at the TD Garden.  When Sully suffered a stress fracture in his left foot back in February, he was ruled out for the remainder of the season and nothing more was ever said about it.  No updates on his status and no indication that he would be returning ahead of schedule.  But apparently he underwent some testing on Wednesday and was cleared to play

Obviously this is great news for the C’s.  When it was said that Sully would be out for the rest of the year people wondered whether or not they would be able to continue to fight towards the playoffs.  Fortunately, Tyler Zeller, Kelly Olynyk, and Brandon Bass have all played well in his absence and of course the addition of Isaiah Thomas has helped keep the team afloat but having another skilled big man who can stretch the floor is definitely a good thing.  Sully was arguably the best player on the Celtics this season before he went down and I was disappointed that his injury occurred right before they grabbed Isaiah at the trade deadline.  I was looking forward to having our best guard and best big man on the floor at the same time and I’m beyond excited that it’s going to happen this season.  This is just what the C’s needed in the midst of their playoff push.  Of course he’ll have a limited role at first and will probably be eased back into the lineup the way that Kelly was after his ankle injury.  But just as Kelly has, I expect him to find his rhythm relatively quickly.

The C’s tip off against the Bucks tonight at 7:30.