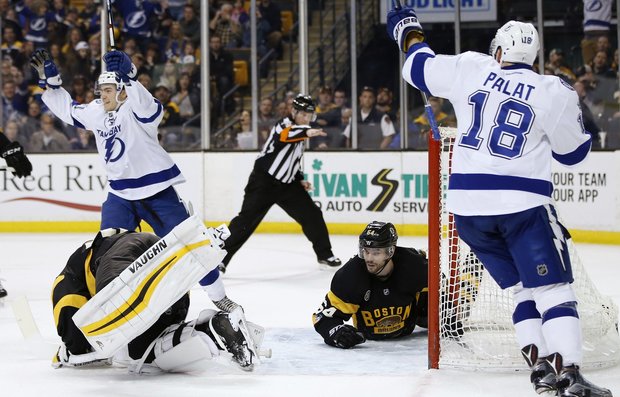 When the Bruins won seven of their first eight games with Bruce Cassidy as head coach, all was well on Causeway Street. Cassidy was praised-whether sarcastically or not- for the “spark” he had inspired in his players. Led by the dazzling play of Brad Marchand and David Pastrnak, the team found a consistent offensive game. Patrice Bergeron and David Krejci kicked their scoring into gear. A return to the playoffs for the first time in three seasons seemed imminent.

On March 5, the Bruins stood at third in the Atlantic division with 74 points, only two points behind the Ottawa Senators. Wins against Ottawa on March 5 and March 21 would likely put Boston above the Senators and insert themselves into a comfortable playoff position. After the impressive first ten games under Cassidy, there was no reason to worry.

Since March 5, the Bruins are 4-5-0. They gathered only nine points in that stretch and found ways to lose against Ottawa, Toronto, and Tampa Bay. Ottawa (88 points) and Toronto (85 points) now find themselves ahead of the Bruins (82 points), while the New York Islanders (80 points) and Tampa Bay (79 points) are breathing down Boston’s back for the final wild card spot. All four of those teams have at least one game in hand on the Bruins, affording them more opportunities to capitalize on Boston’s poor play.

The Bruins have scored 32 goals since March 5- fourth most in the league in that stretch. It’s not like the scoring has dried up again. Pastrnak and Marchand continue their wonderful seasons, Bergeron and Krejci continue to impress, and even Zdeno Chara chipped in six points over the past nine games.

However, they have given up 31 goals against since March 5- incidentally, also fourth most in the league in that stretch. Their team defense is shaky at best. In an ideal world, where your hockey team is solid all around, scoring three or more goals in a game should all but guarantee you a victory. So, in the real world, a 7-4 loss to Edmonton or 6-3 loss to Tampa Bay hurts real bad.

Tuukka Rask has not been great statistically during this stretch, posting an .888 save percentage in his last eight games. It’s hard to argue he’s seen an unusual number of shots lately, too- in his last five games, he has not seen over 30 shots once. Yet only against Toronto on March 20 did he save over 90% of those shots.

Rask is certainly capable of more. His incredible 14-4-2 record and .933 save percentage through the first twenty games of this season show just how well he can play. But, for who-knows-how-many-times since Rask has been the go-to-guy in Boston, many discuss whether or not he can lead a team through the toughest stretches of the season into the playoffs. Some prefer to believe he can’t, and that is why the Bruins may squander away a playoff appearance for the third straight season.

Those who choose to find blame elsewhere, of course, look to the team surrounding him.

The Bruins still ice a defense comprised of a 40 year old who plays more than any other defenseman and a 20 year old who plays nearly as much each game. Torey Krug is the only Boston defenseman who should be playing 21+ minutes per game. But as long as fourth and fifth best options remain Adam McQuaid and Kevan Miller, there really is not much choice.

For what it’s worth, the forward group does not get enough out of players not named Marchand, Pastrnak, Bergeron, or Krejci. It is unlikely Ryan Spooner or David Backes reach 45 points on the season. Frank Vatrano, as impressive as his wrist shot is, is still not ready to majorly contribute on offense. Matt Beleskey has battled injury and healthy scratches all season.

The Bruins currently are 17th best in the league, based on point percentage- .554, for those interested. It could also be described as completely mediocre. That is what they are. That Boston remains in the playoff hunt at all is largely thanks to playing in the weak Atlantic, an advantage they do not take advantage of. The Bruins deserve the position they find themselves in, and if they likely miss the playoffs again, do not be surprised.