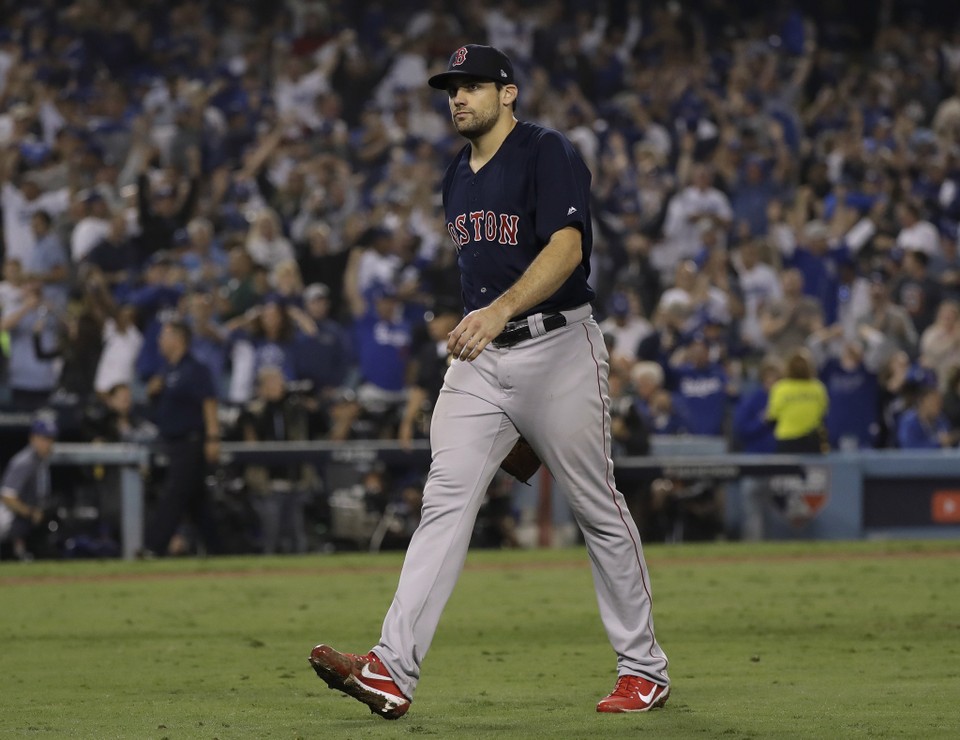 Everyone pitched great.  That’s why the game lasted more than seven hours.  That and Ian Kinsler, but I’ll get to him in a bit.  Right now let’s acknowledge that every single pitcher who touched that mound was absolute dynamite.  All 18 of them.

Great start from Porcello, even better start from Buehler.  Jackie Bradley Jr. is still the best clutch hitter of this postseason and Nathan Eovaldi has solidified his spot as the front-runner in the World Series MVP race.

It sucks that we had to empty the tank for a game that didn’t result in a win.  The only pitchers left at the end were Sale and Pomeranz.  Eovaldi threw six goddamn innings in relief and racked up 97 pitches.  One of the great performances in World Series history and he comes away with the loss.

We can’t talk about this game without mentioning Ian Kinsler.  Forget about the two base-running blunders as soon as he came in as a pinch-runner because he got away with those, but that play at second with two outs and a lead in the bottom of the 13th was inexcusable.  If he had taken the time to plant his feet he might’ve had a chance to get Puig at first and end the game.  At the very least he should have held the ball.  The bottom line is that tying run should not have scored under any circumstances.  He rushed an off-balance throw that missed Christian Vazquez by about 10 feet.  Yes, Christian Vazquez was playing first base.  It was a weird night.

To everyone who stayed up, I understand that you’re probably regretting that decision right now.  We all feel like shit.  That’s one of those games you’ll remember forever, and had it gone the other way it would have been one of the best nights of our lives as sports fans.

One note of encouragement is Alex Cora saying pitchers were lining up at his door offering to start.  Both teams now have depleted staffs so this is shaping up to be one of the more intriguing World Series’ in history.

Oh, and Eduardo Nuñez is a warrior.