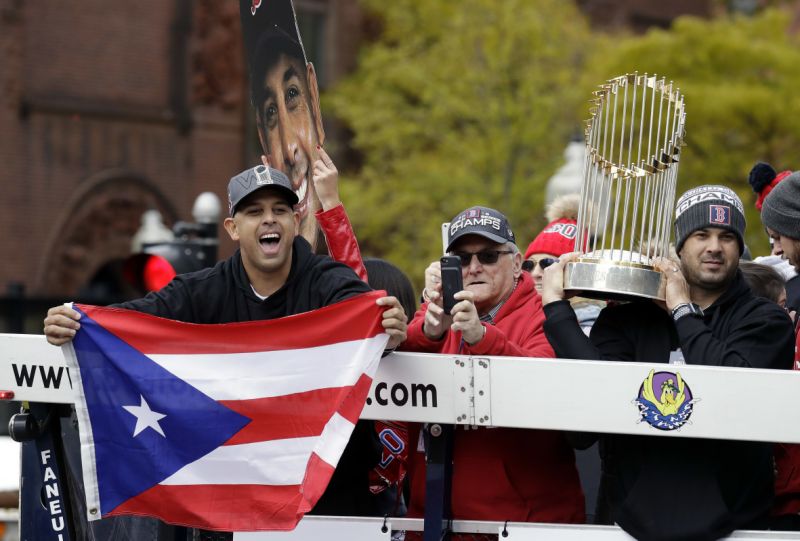 The 11th Boston championship parade since 2002 was one for the books.  Beers were chugged, beers were thrown, some people were hit by said beers.  But aside from a few degenerate high school kids, it was a blast for everyone involved.

Alex Cora got things started at Fenway with a great speech in which he addressed all the naysayers who expressed doubt after the loss to the Yankees in Game 2 of the ALDS:

Alex Cora: "We scored 16 at Yankee Stadium…Suck on it" pic.twitter.com/Oq2f3V3XDA

Devin LaBrie, a videographer from New Hampshire, made the trip down to Boston for the parade.  He followed the duckboats for the entire route and captured some excellent footage:

Facebook page “Only In Boston” compiled all of the social media clips from players to create a nine-minute video of the parade from their perspective:

Three months until Spring Training and these guys are going to enjoy every last second of it.  Well-deserved.