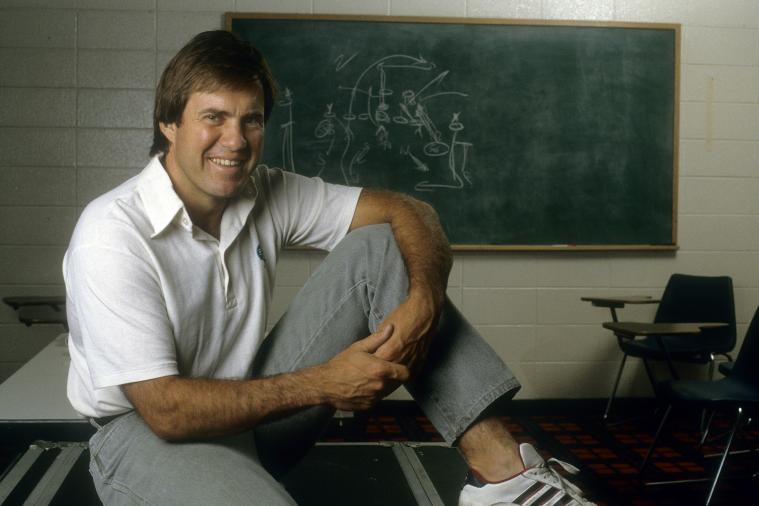 We still have a couple days before the AFC Championship and the Denver Broncos have already done their fair share of trash talking.

First, we had LB Brandon Marshall accusing Gronk of “pushing off” when Gronk gets more bogus OPI calls than anyone in the league.

Then there was Antonio Smith and Malik Jackson calling Tom Brady a crybaby, Chris Harris saying that the best way to tackle Gronk is to go after his knees and Gronk responding in the most Gronk way possible:

Besides that playful jab, the Patriots have been their usual selves by not taking the bait and choosing to let their performance on the field speak for them.

When asked about being called a crybaby, Brady brushed it off:

“I love it when the refs throw flags at the defense,” Brady said during his news conference Wednesday.  “It advances our team. That is just part of football.”

Trying to get into another team’s head by talking smack in the days leading up to a game can be an effective strategy (see 2009 and 2010 Jets).

Unfortunately, it can also come back to bite you in the ass if you get your shit rocked when it’s time to actually take the field (see every team Rex Ryan has coached since 2010).

In the Broncos’ case, they’re obviously very comfortable with how they match up with New England.  Obviously anyone with half a brain knows that it’s a bad idea to take verbal shots at the Patriots, but if they want to test the greatest coach and quarterback of all-time then more power to them.

As far as Gronk’s tweet, I don’t blame him for responding to comments about taking out his knees.  He has every right to be sensitive about that topic because of the injuries he’s sustained from hits like that in the past, including the one that came at the hands of TJ Ward a couple seasons ago:

When all is said and done the game will be decided on the field and not by some comments that were made in the days prior.  Both teams understand this, but that hasn’t stopped Denver from running their mouths.  There’s really no need for added motivation at this point in the season, but you know Bill will eat this stuff up and address it with the team behind closed doors just to piss them off.  He knows the Broncos won’t like us when we’re angry.