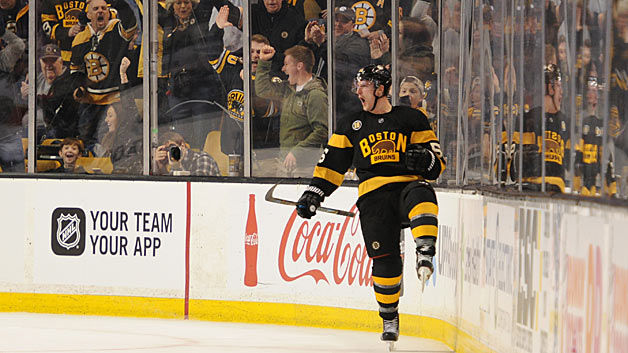 A little over a week ago, our Bruins writer Tommy McArdle talked about the B’s potentially choking away a playoff spot in the final weeks of the season for the third year in a row.  They had just lost four straight games and deja vu was beginning to settle in among the Black and Gold faithful.

Fast forward four games, and the Bruins haven’t lost since.  After beating the Florida Panthers 5-2 at the Garden Saturday afternoon, they’ve won their fourth straight and have managed to keep their playoff hopes alive.

It all started a week ago when they beat the Islanders 2-1 in Brooklyn behind two goals by Riley Nash and Anton Khudobin’s biggest win as a Bruin thus far.  Three days later, Noel Acciari scored his first career NHL goal to give the B’s a 3-1 lead in the 3rd period and put the game out of reach as they cruised to a 4-1 win over the Predators at the Garden.

The streak continued on Thursday when Tuukka Rask recorded his seventh shutout of the season in a 2-0 win over the Stars at the Garden, setting the stage for win number four in a row on Saturday.

Noel Acciari got things started against the Panthers with his second career goal, putting the Bruins up 1-0 in the first period.  After Florida’s Thomas Vanek tied it up in the second, Patrice Bergeron responded by taking back the lead:

The Panthers tied it up again two minutes later thanks to the 16th goal of the year by 45 year-old Jaromir Jagr.  Then David Krejci took advantage of a bad turnover and Boston regained the lead:

The Bruins never looked back after going up 3-2.  Brad Marchand supplied the dagger in the third period by becoming the second leading goal-scorer in the NHL with his 39th of the year to make it 4-2:

An open-netter by Bergeron extended the lead to 5-2, which would ultimately be the final score.  The Bruins hold on to the final Eastern Conference Wild Card spot with four games remaining in the regular season.  They have a five-point edge, but life won’t get any easier for them as they head right to Chicago to face off against the best team in the NHL at 12:30 pm ET on Sunday.