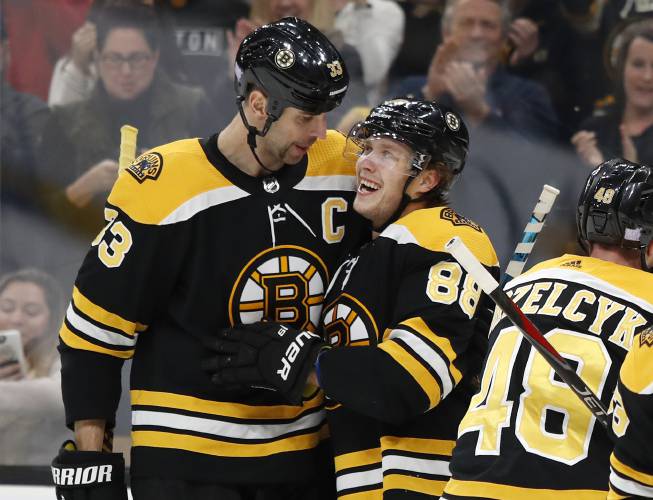 The Toronto Maple Leafs started the 2018-19 season with a perfect 6-0 road record.  Then they came to the TD Garden on Saturday night and received a 5-1 ass-whooping at the hands of the Boston Bruins.

The Bruins’ history with the Leafs dates back to the 1920’s.  The two “Original 6” teams have met in the postseason 15 times.  But the rivalry has never been stronger than the last six years.  In the lockout-shortened 2012-13 season, they were in a three-way battle for division supremacy along with the Canadiens.  The Leafs made their first playoff appearance in nine years, met the B’s in the first round, and blew a 4-1 third period lead in one of the best Game 7’s of all-time.

Both teams had some down years before returning to the postseason in 2016-17.  Last year, they faced off in another first round seven-game series which the Bruins won again.  This year, they’re both off to solid starts.

The B’s have had some great wins and some ugly losses thus far.  They appear to be turning to Jaroslav Halak as their new starting goaltender.  They possess plenty of young talent, but a lot of experts predicted that they’ll take a step back this season.   Saturday night’s win was one that will challenge those predictions and solidify their place as one of the best teams in hockey, at least for now.

The Maple Leafs were on fire.  Undefeated on the road, three wins in a row, outscoring their opponents 14-2 over that span.  The Bruins didn’t just slow them down, they stopped them dead in their tracks.  Dominated in every phase of the game and throttled one of hottest teams in the league.

The Bruins are now 9-5-2 and will likely be in a four-way race in the Atlantic all year with the Lightning, Maple Leafs, and Canadiens.  They’ll be back at the Garden Sunday night to face the Vegas Golden Knights.  Puck drops at 7 pm.