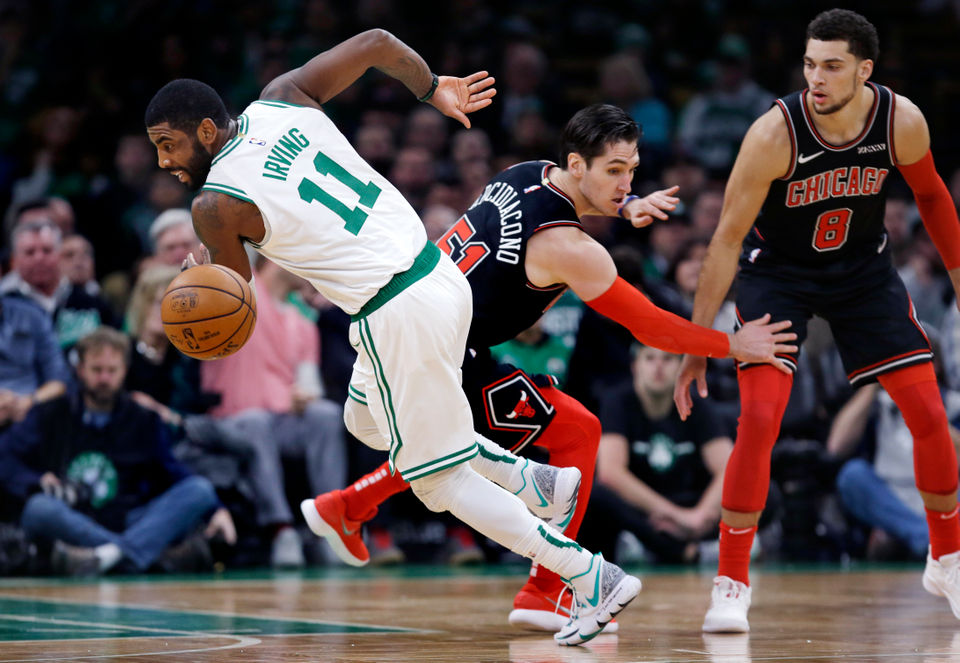 Their inconsistent play led many to believe that a lineup change was in order.  But like he often does, Brad Stevens successfully went against the grain.  Here’s what he said on Wednesday morning:

“I think ultimately, I’m going to let us have a chance to play better. I think that’s where we are. Hopefully I’ll coach better and we’ll play better.”

What he meant is that they have a bunch of really great basketball players but for some reason they’re only displaying their greatness after they’re already down by 20 points.  There’s nothing wrong with the current lineup as long as everyone balls out for the full 48 minutes.

Then it happened.  The Celtics went into halftime with a 16-point lead over the Bulls on Wednesday night at the Garden and they never looked back.  The end result was a 111-82 slaughtering.  The Bulls suck and Friday’s match-up against the Raptors will be a real test that will determine whether or not this performance was legit, but Gino made a much-needed appearance in what’s been a disappointing season through the first month.  So that’s something to be happy about.

Jaylen Brown led the C’s in scoring with 18 points

Kyrie Irving had 17 points and 7 assists

Aron Baynes had 11 rebounds and 9 points

Al Horford had 10 points and 8 boards

Huge early-season game Friday.  Tip-off at the Garden at 7.  Let’s get rowdy.