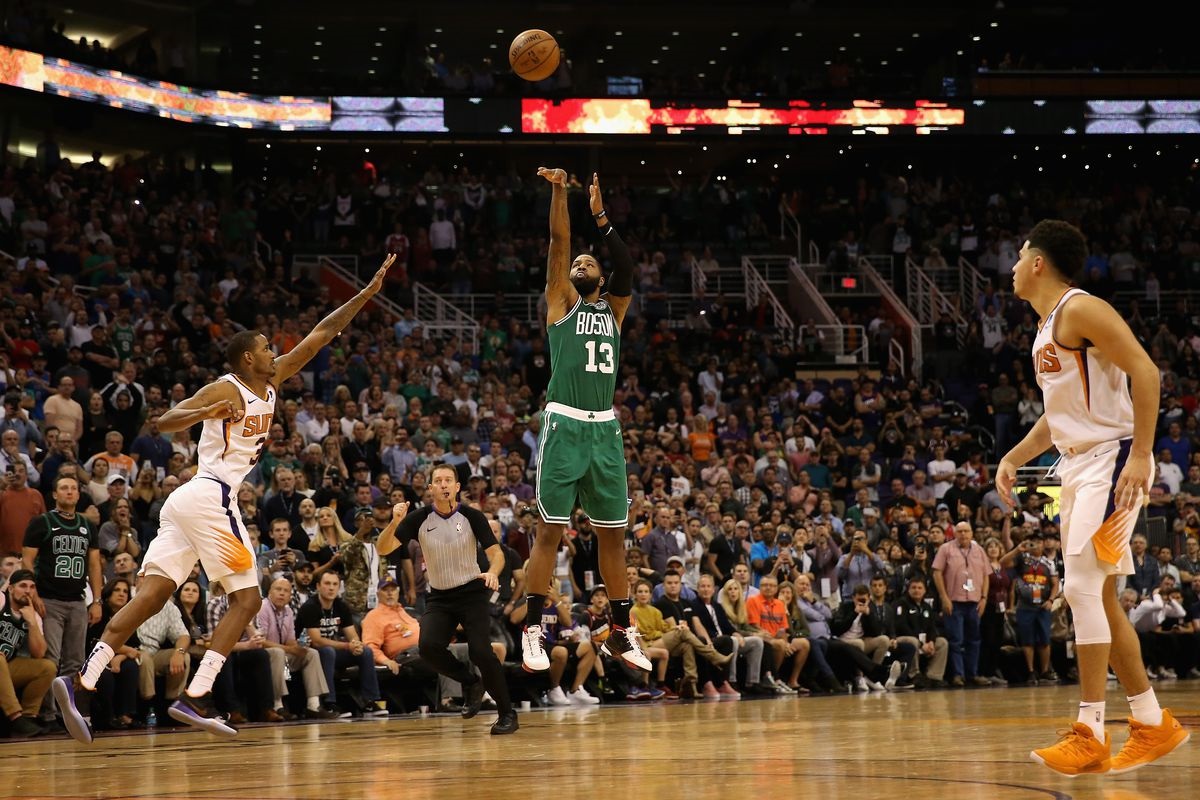 I had already started writing an article stating that it’s officially time to hit the panic button.  After two straight losses to the Pacers and Nuggets, Thursday night’s matchup against the 2-8 Suns was supposed to be the perfect opportunity for a confidence-boosting blowout win.  But it wasn’t.  The Celtics were down by 22 points in Phoenix with just over four minutes remaining in the first half.  It was an embarrassment.  One of the worst losses of the Brad Stevens era, and one that would legitimize questions about this team’s chemistry.

As Alex Cora would say, the sky was falling.  The Suns’ lead was 20 at halftime and things didn’t get all that much better in the third.  Kyrie was the only Celtic who could find the basket.  Boston was able to narrow the gap, but not to the point of threatening to take the lead.  They were still down by 14 points with 3:31 remaining in the fourth.

Then the Brad Stevens Celtics rose from the dead.  During Stevens’ five-plus years as their head coach, the C’s have been known for underachieving for three quarters and then pulling out a miracle in the fourth.  Now they’d have to make the type of comeback that had only been seen three times in the last 20 years.

Since 1998, NBA teams were 3 – 9,758 when trailing by at least 14 points in the final four minutes of the fourth quarter.  The Celtics went on a 15-6 run over a span of three and a half minutes to cut the deficit to three.  With six seconds left in regulation, Marcus Morris did what Marcus Morris does:

Kyrie went 3-for-3 in the first two minutes of overtime and the Celtics never looked back.  Al Horford hit a clutch three, Jaylen Brown hit a clutch three, Morris was given a wide open layup, and Jayson Tatum sealed it with a couple free throws.  The final score was 116-109.

The C’s were on the brink of a terrible, concerning loss.  Instead they finished with the best nine minutes of basketball that they’ve played so far this season.  Hopefully this will be the turning point they need.

Marcus Morris aka the Sixth Man of the Year had 17 points and 8 rebounds.

Jaylen Brown played 39 minutes, second on the team behind Kyrie.  He finished with 17 points and 6 rebounds.

Terry Rozier looked better.  He had 10 points and 6 rebounds in 20 minutes.

Jayson Tatum and Gordon Hayward continue to struggle.  They were a combined 4-for-15 from the field.

Everyone besides Kyrie sucked for the first 44 minutes of the game.

The Celtics are now 7-4, good for third best in the Eastern Conference behind Toronto and Milwaukee.  They’ll take on the Jazz in Utah on Friday night.  Tip-off at 9:30.