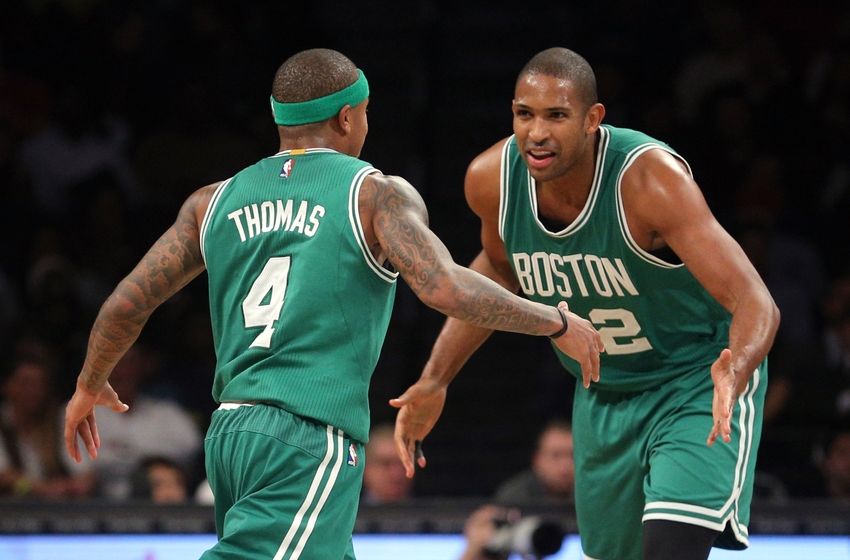 The Celtics won their fourth straight game Thursday night as they beat the Pacers 109-102 in Indiana, finishing off the sweep of their three-game road trip.

Through just about 30 games, the C’s have had some ups and downs this season.  The good news is that the majority of the downs took place when injuries occurred and the usual starting lineup wasn’t intact.

In Thursday night’s win, Brad Stevens went with Isaiah Thomas, Avery Bradley, Jae Crowder, Amir Johnson, and Al Horford.  After getting the W, the Celtics are now 11-3 on the season and 8-1 on the road when those five are on the floor to start the game.  Isaiah Thomas has been putting his world-class scoring ability on full display, and when he has all the necessary pieces around him it makes a world of difference and the C’s become nearly unstoppable.

We’ve only seen a sneak peek of what this team is capable of.  It may be the end of December, but the Celtics are just hitting their stride and could very well make a lot of noise the rest of the way.  The East is tight and the two seed is up for grabs.  I see the potential for a double-digit win streak at some point in these next couple months to catapult the C’s into that position.

As of right now, they’re sitting at the three seed at 17-12 and are 3.5 games behind the second place Raptors.  They’ll look to make it five in a row on Friday night when the superhuman Russell Westbrook and his Oklahoma City Thunder visit TD Garden.