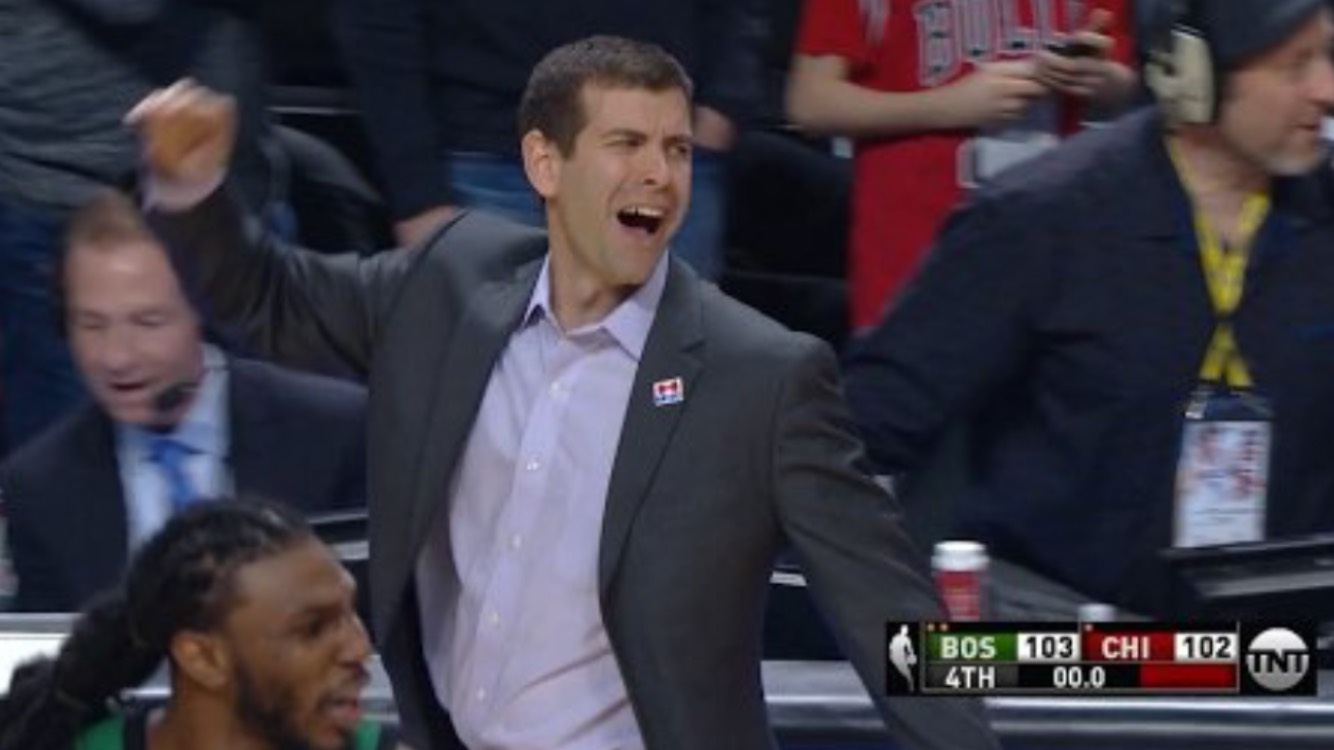 The Celtics under-performed Thursday in their loss to the struggling Bulls.  But that wasn’t ultimately why they came up short.  This one was 100% determined by one of the worst phantom calls I’ve ever witnessed in my years as a basketball fan.  And considering the levels of atrocity that we’ve seen from NBA officials in the past, that’s saying a lot.

After what should have been a game-saving steal by Marcus Smart when he stripped the ball from Jimmy Butler with just over 30 seconds left in the fourth, Brad Stevens drew up a play for Isaiah Thomas to extend the Celtics’ one-point lead.  IT missed a three coming off a pick, Chicago’s Michael Carter-Williams came up with the rebound, and the Bulls called a timeout.  They had eight seconds to try and steal a win from Boston.

To no one’s surprise, the ball went to Jimmy Butler.  Marcus Smart once again played excellent defense on the All-Star starter.  Then, just as Butler’s well-contested shot fell short and the Celtics began to celebrate, referee Zach Zarba blew his whistle and raised his right arm to indicate a foul.  Smart, Brad Stevens, and the rest of the C’s went ballistic.  Rightfully so:

One of Smart’s fingers may or may not have made the slightest possible contact with Butler’s  right elbow.  It definitely didn’t alter the shot, and it definitely isn’t a call that any ref at any level should ever make, especially on the last play of a one-point game in the NBA.

Butler of course buried both free-throws and the Celtics were unable to get a good shot off with 0.9 seconds left, falling to Chicago 104-103 and ending their four-game winning streak.  The C’s had won 11 of their last 12 and 24 of their last 31 until some guy named Zach Zarba decided to hand them a loss in their final game before the All-Star break.

Their next game will be in Toronto a week from Friday as they begin the final two-month push for playoff seeding.  In the meantime, enjoy watching Brad and Isaiah in New Orleans this weekend.