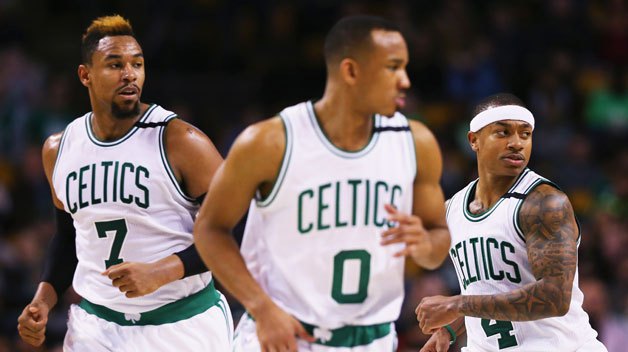 After bouncing back from their heart-breaking double overtime loss to one of the best teams in NBA history less than 24 hours prior, the Celtics defeated the previously 14-8 Hornets in Charlotte Saturday night to improve to 14-10 on the season.

The C’s 98-93 victory snapped an impressive four-game winning streak for the Hornets.  All four wins during their streak came against teams over .500 and included road wins in Chicago and Memphis, so they had been playing great basketball before the Celtics showed up.

In case you hadn’t heard, there was another streak that came to an end Saturday night.  Thanks to the Celtics’ wearing down of the Warriors on Friday, the 10-15 Milwaukee Bucks were able to hand them their first loss of the year.

Now that Golden State’s historic run has come to an end, the Celtics boast the NBA’s most unfathomable streak.  With their victory in Charlotte Saturday night, the C’s have now won ten straight games on the second night of a back-to-back on the road dating back to last year’s All-Star break.

Sure, it’s a really specific stat, but don’t let that downplay how significant it is.

The hardest games to win in the NBA are the ones where you have to lace up and take the court less than 24 hours after playing a game in a completely different region of the country.

Just ask the Warriors.  A team that hadn’t lost a game all season lost to a sub .500 team for no other reason than fatigue.  If they can’t win a back-to-back on the road against weak competition, that’s all the proof you need that winning those types of games is nearly impossible.

Unless your Brad Stevens’ Celtics, who continue to be the league’s gold standard for mental toughness.  This streak is no joke.