I realize that everyone is on to Denver now and I shouldn’t be wasting any more breath on the Chiefs, but I couldn’t let this slide.

The Patriots haven’t needed much help getting motivated this season, so if you give them even the slightest reason to be pissed off you can rest assured that they will hand you a loss that you won’t forget.

That was the case Saturday when Tom Brady went through his normal pregame routine of running around the field and getting the crowd all pumped up and Travis Kelce somehow thought it was a good idea to mock him on his home turf:

Anyone who has been watching football since the turn of the century knows that a pissed off Tom Brady is an unstoppable Tom Brady.

I’m not sure when Travis got the idea that being an above average tight end gave him the right to disrespect the greatest football player ever, but there was no way that this was going to end well for him or his team.

You just knew at this moment that Tom would be coming for blood: 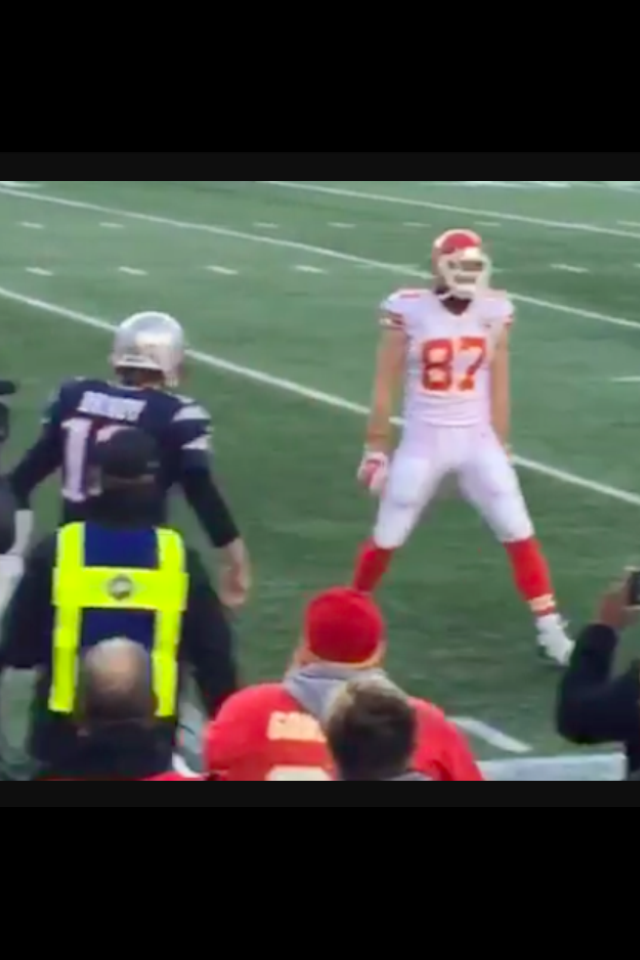 Being the man that he is, Brady just ran past Kelce like nothing happened.  He responded on the field with 308 yards, 2 passing touchdowns, 1 rushing touchdown, and a trip to his 5th consecutive AFC Championship game.

PS. How badly does Kelce want to be Gronk?