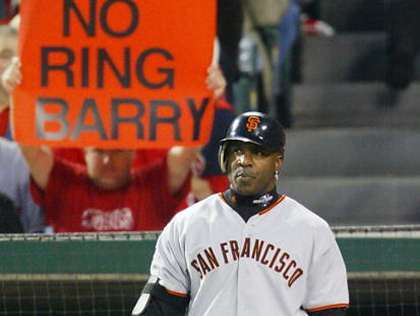 “Without losers, where would the winners be?”

The culmination of the 2016 Major League Baseball season is upon us. With a World Series Champion due to be crowned by the end of the month. This is THE best time of year, with all four major sports either wrapping up (MLB), surveying early wreckage (NFL), or embarking on an “Oregon Trail” like journey hoping to survive until spring (NBA/NHL).

To the victor belong the spoils?

Can you name the only player in MLB history to be named the MVP of a LOSING World Series?

Bobby Richardson in 1960. In a series where the Yankees battered the Pirates in every win, but with one swing by Bill Mazeroski was reduced to a footnote in (run differential) history.

For almost every other MLB Postseason series where an MVP is selected (ALCS/NLCS/World Series), the award goes to a winning team player. Let’s take a look at some performances that were outstanding, but forgotten due to the outcome of a series:

What if Detroit won?

No wonder he fled for the National League. Max Scherzer left both starts in the 7th inning with the lead. What happened?

What about his other start?

What if Texas won?

#PartyAtNapolis a few years early. Seriously. He battered the Cardinals at a .350 clip with 2 HR, 10 RBI and 14 Total Bases. If Nelson Cruz didn’t misplay a David Freese line drive into a triple in Game 6, Napoli had this one locked up.

What if the Giants won?

What if the Cubs won?

This series is largely forgotten, for obvious reasons by Cub fans, but it was overshadowed by the Bay Area “Earthquake” World Series. This is also the reason for this post. Here are two stat lines from the series: .650 Batting Avg., 3 2B, 2 HR, 8 RBI .647 Batting Avg., 3 2B, 3B, HR, 8 RBI The first stat line is Will Clark, the other is Mark Grace. Unfortunately, I don’t think Grace’s Cubs would have had much of a chance against the Oakland A’s in the World Series.

History fondly remembers the winners, but there is high honors to go around for those who are on the wrong side of the trophy presentation.