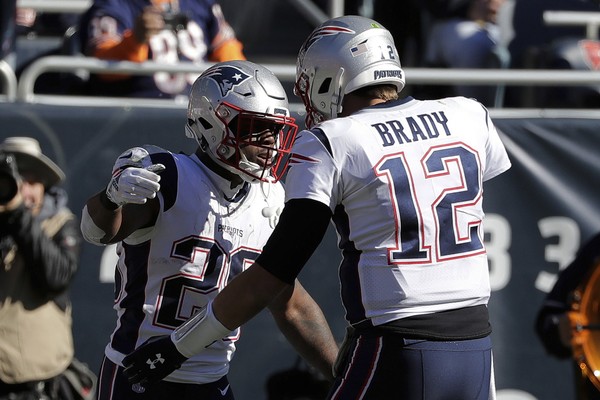 Like clockwork.  The Patriots stumble in September, the sky begins to fall, and then a month later they’re in their rightful place at the top of the AFC East standings.

It happens every year, and every year media and fans alike come up with some new reason that they won’t be able to dig themselves out of the hole this time.  We hear it annually around Week 3 or 4.  “This team isn’t the same.  There’s no quick fix for their deficiencies.”  Or as Trent Dilfer once said, “[The Patriots] are not good anymore.”

This year was especially bad because they found themselves under .500 after three games for only the second time in 15 years, and the Miami Dolphins were 3-0 as they got ready to come into Foxboro and take control of the division.

The Pats beat the Dolphins 38-7 and haven’t looked back since.  They put up 38 again the next week against the Colts and then 43 against the Chiefs, both wins at Gillette.  This past Sunday, they went on the road and outlasted the Bears 38-31 in Chicago.

Four wins in a row, 157 total points during that stretch.  I remember back in 2007 when the Patriots scored 38 points in each of their first three games of the season, and someone called into a local radio show to officially nickname them 38 Special.  That moniker would be just as fitting for this team.  In fact, the 2018 Pats have scored two more points (184) through their first five wins than that historic ’07 team scored (182) during their 5-0 start.

The most impressive part of Sunday’s offensive output against the Bears was the fact that Rob Gronkowski didn’t play.  Gronk was out of the lineup with ankle and back pain but is expected to return for next week’s matchup against the Bills.

The defense continues to be just good enough.  They’re giving up points but they’re making big plays when it matters, like this one-handed interception from Jonathan Jones with 13 minutes left in the game and the Pats leading by a touchdown:

Brady was 25/36 for 277 yards, three touchdowns, and one pick that was 100% James Develin’s fault.  James White found the end zone twice, Julian Edelman once, and Josh Gordon racked up 100 receiving yards.  Cordarrelle Patterson redeemed himself after a first quarter fumble by returning a kick 95 yards to the house in the second to cut the Bears’ lead to three.

The game was a barn burner until the final play.  It ultimately came down to a Hail Mary opportunity for Chicago, which they almost converted.  Kevin White made the catch but was pushed back at the one-yard line by a gang of Patriots defenders:

It wasn’t easy, but these are the types of games where the Patriots make one or two more key plays and one or two less mistakes than their opponent and that makes all the difference.  A win is a win, and the Pats appear to be getting back into their groove as they usually do come October and November.  They’re now 5-2 after a 1-2 start and have a one-game division lead over Miami.  They’ll take on the Bills in Buffalo next Monday night.