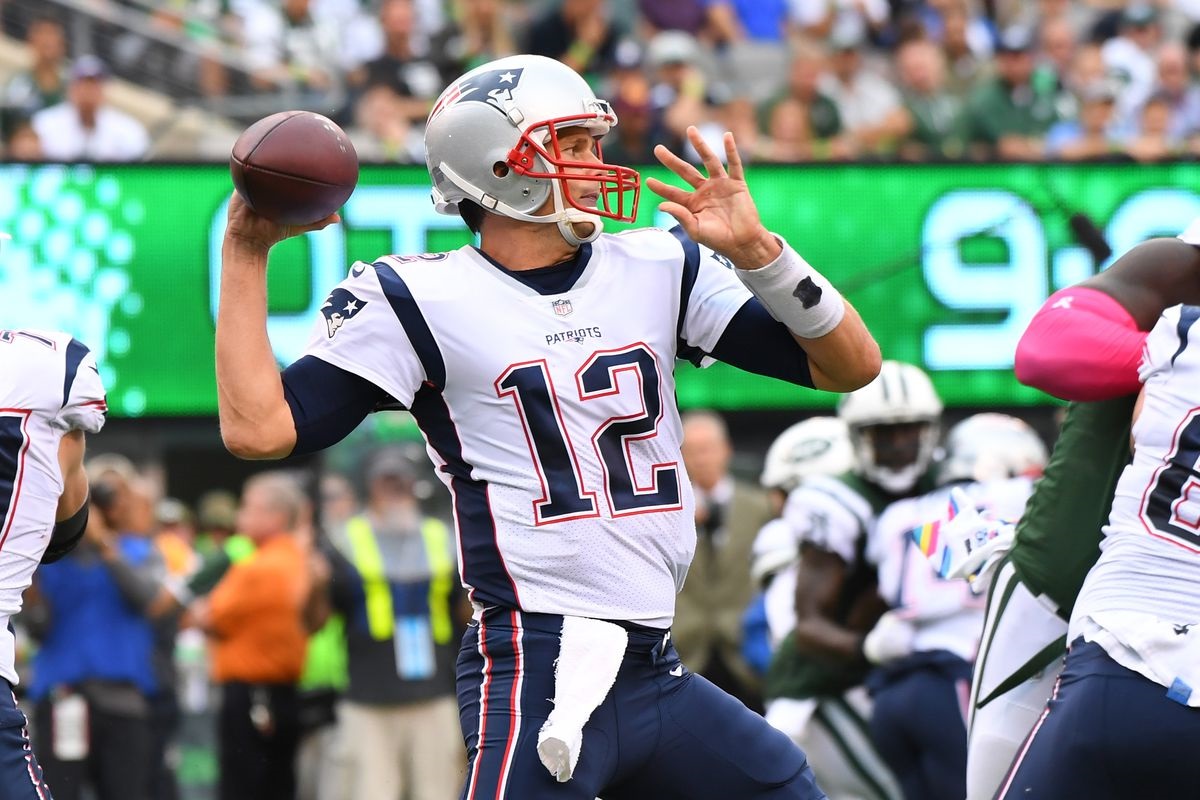 Six weeks into the NFL season, the AFC East has returned to its usual form.

As I’ve been saying all year, the first four weeks are an extended preseason and nothing matters until Week 5.  Since the actual season began, the Pats are 2-0.  You can’t tell me anyone really thought the Bills and Jets were going to battle the us for a division title.

A loss at MetLife on Sunday would have been crucial, and that’s exactly why everyone knew who was going to win.  The games matter now, and the Patriots don’t fuck around when the games matter.  I wasn’t even worried when they were down 14-0.  As long as they’re within a touchdown at halftime, they’re in good shape.  When they tied it up before the half, the game was over.

Less than five minutes into the third quarter, Brady found Gronk for a 33-yard touchdown, which was set up by a couple big completions to Brandin Cooks.  A Stephen Gostkowski field goal in the fourth made it 24 unanswered points from New England.  The Jets were able to convert a field goal with a little less than four minutes left for their first score since the first quarter, cutting the deficit to one possession.

Thanks to a clutch stop from a defense that has been lackadaisical so far in 2017, Brady and company were able to escape with a W to retake their rightful spot in the standings.  That stop was highlighted by this big-time sack by Dont’a Hightower:

With the win, TB12 has surpassed Brett Favre and Peyton Manning for the most regular season wins in NFL history (187).

The Pats have also won 11 straight games on the road, meaning they’re one win away from tying their own record set from 2006 to 2008.  They need to win two more games to set the mark for the second most consecutive road wins of all-time with 13.

The 1988-90 49ers currently hold the record with 18.  Those next two road games will be against the Broncos in Denver on November 12th and the Bills in Buffalo on December 3rd.

In the meantime, a rematch of last year’s Super Bowl will take place at Gillette next Sunday night.