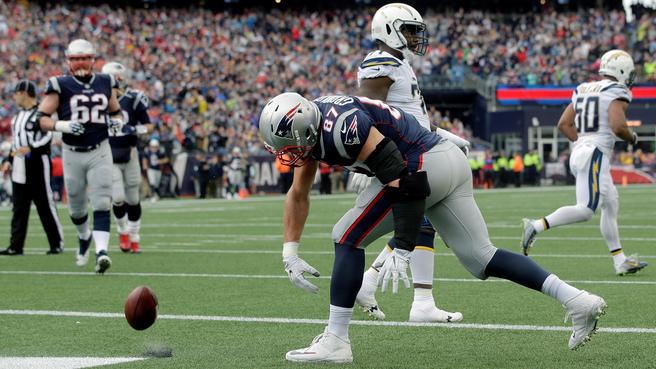 When the Patriots were 2-2, the concern was about their atrocious defense.

Four weeks later, the defense has tightened things up and they’re 6-2 heading into the bye week.  It hasn’t been easy, though, and that means we need to keep finding things to complain about.

Right now it’s the offense.  Putting up 21 points on the 3-5 Chargers isn’t good enough and this definitely isn’t the type of football the Pats need to be showcasing come playoff time.

The good news is that the playoffs are still two months away and they’re still finding ways to win games.  As long as they can continue to keep that 2 in the loss column while they work out their kinks, they’ll be in great shape.

As important as Dont’a Hightower is, they showed Sunday that they’re capable of replacing him.  It’s hard not to be confident that the issues on offense will be resolved as well.

Against the Chargers, those issues mainly revolved around execution in the red zone.  I’m not saying Gostkowski doesn’t need the practice (he missed two in the game), but six field goal attempts is far too many for a team with this type of offensive firepower.

Aside from the red zone, Brady was more than effective.  He threw for 333 yards with one touchdown and no interceptions.  But what would a bye week be without things to work on?

Thanks to the Patriots’ tradition of playing their best football when it matters most combined with the fact that the rest of the NFL is complete garbage this year, the Blitz for 6 is still alive and well.