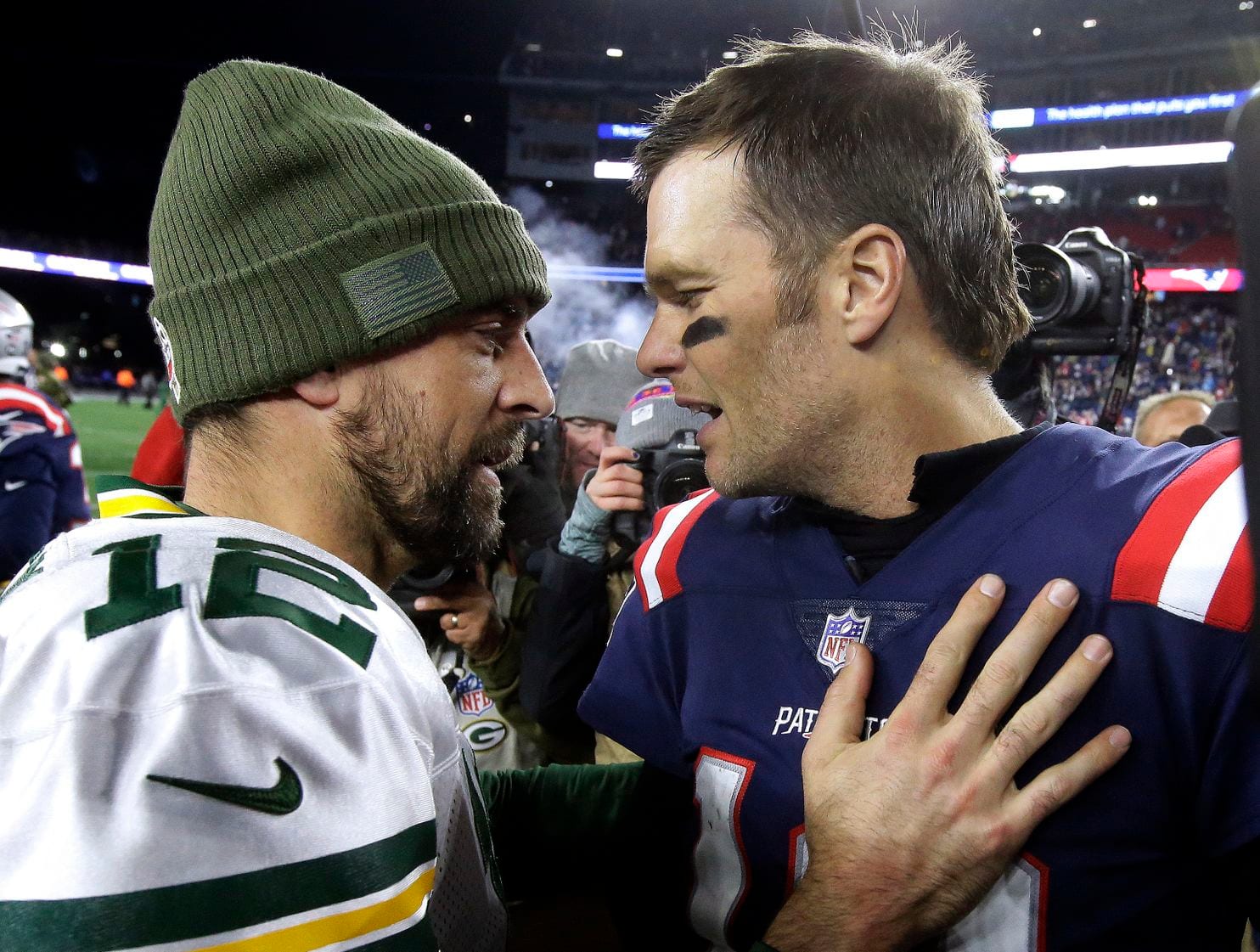 That’s six wins in a row since starting the season 1-2.  As teams like the Dolphins, Jaguars, Bengals, Bears, and Ravens have nearly fallen off the face of the earth after having better Septembers than the Patriots, the Pats have stormed into November as one of the hottest teams in football.  Same old story.

Sunday night’s matchup against Aaron Rodgers and the Packers in Foxboro received way too much unwarranted hype.  Rodgers and Tom Brady are the two best quarterbacks in the world, but the distance between them is so drastic that no one in their right mind would ever give Rodgers the edge.  The NFL trying to sell the “Who’s the GOAT?” argument with a promo video from Michael Jordan was laughable.

The game was actually close until the Patriots did what the Patriots do in the fourth quarter.  It was 17-17 with just under 15 minutes left when Lawrence Guy swung the momentum in New England’s favor thanks to this crucial forced fumble:

The Pats’ offense was able to capitalize due to some excellent play-calling from Josh McDaniels, including this trickery from Brady to Julian Edelman to James White, which set up White’s second touchdown of the game:

Brady to Edelman to White! ? #GoPats

The dagger came with a little more than seven minutes to play, when Brady found Josh Gordon for a 55-yard touchdown:

To make the night even better, some of the Red Sox made it to Gillette to continue showing off their World Series trophy.  Alex Cora was able to take this legendary selfie with TB12:

The AFC East leading Pats are now 7-2 as they head into Tennessee next week.  They’ll look to win their seventh in a row going into the bye.